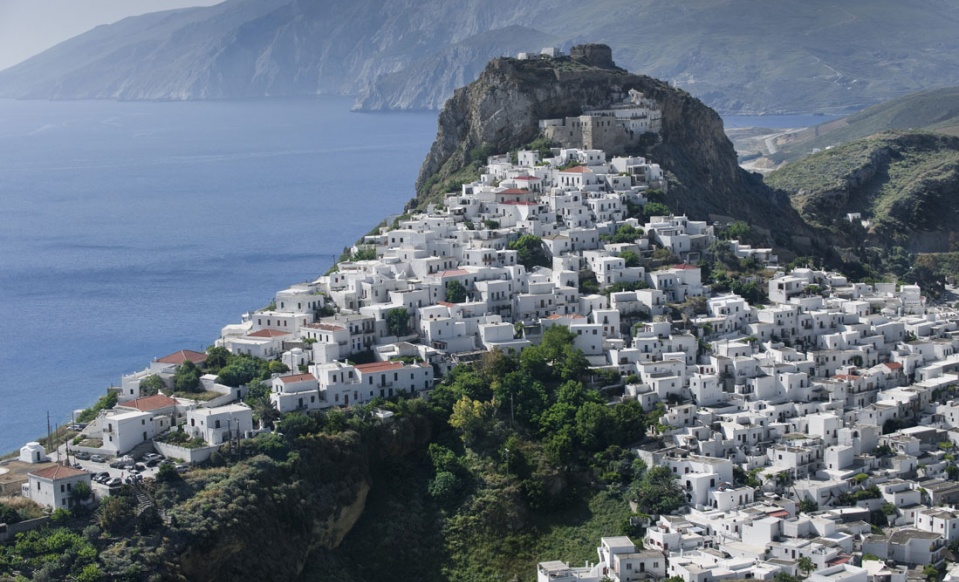 The least famous island of Sporades, Skyros is located in the center of the Aegean Sea. Skyros Island is a place proper vivid tradition and special character. Chora or Skyros Town is located along the slopes of a hill, offering great view to the Aegean Sea. Walk around the narrow streets of Chora, you can have a relaxing coffee and explore the Medieval Castle above the town. The most popular beach on the island is Molos, a long crystal coast with many tourist facilities. Around the island, there are equally beautiful places with fewer facilities and totally relaxing atmosphere. Ferry to Skyros in  Greece departs from the port of Kimi in Evia Island, while in summer there is local ferry connection to Skopelos and Alonissos.
Most hotels in Skyros Island are concentrated in the main beaches of the island, Molos and Magazia. These beaches have nice hotels and studios along the beachside, only a short walk from the sea. Some small studios are also found in Skyros Town and Linaria, the port of the island. More secluded places to stay are Atsitsa and Pefkos. Most accommodations in Skyros constitute traditionally decorated studios and apartments with basic facilities and occasionally a pool.
There are many other beautiful beach places on the island, including Atsitsa, Agios Fokas and Pefkos, but with less tourist facilities and ideal for secluded Skyros holidays. Due to the wild landscape, it is also an island great for trekking. Many trekking paths cross the inland leading to places of natural beauty.
►Local products of the island include diffeent cheeses (graviera, feta, mizithra), wild honey, olive oil and local wines.
►The main regions of Skyros Island are Molos, Skyros Town.

Sightseeing Things to do Find a Room

Ferries - Ferries depart for Skyros only from Kymi, a small port on the eastern side of Evia island.
Search & Book your ferry ticket here
Flights - Skyros International Airport receives only domestic flights from Athens and Thessaloniki. The flight last around 40 minutes and upon arrival in Skyros it is better to get taxi since the airport is located 17km away from Skyros Town.
Search & Book your flight anywhere to Greece 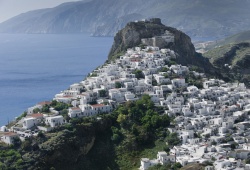 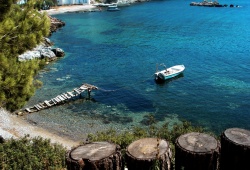 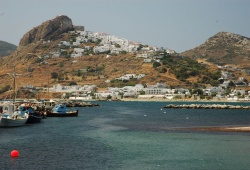 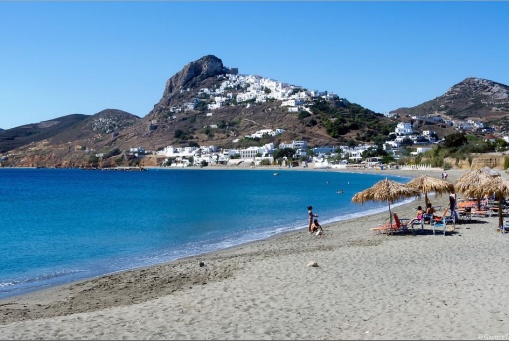 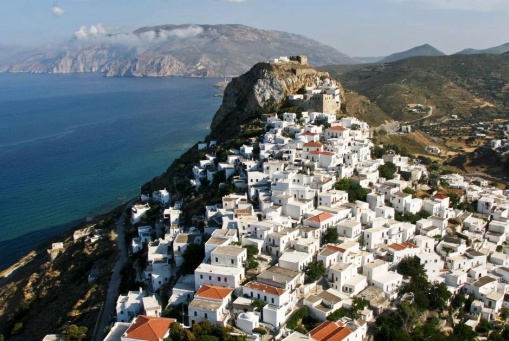