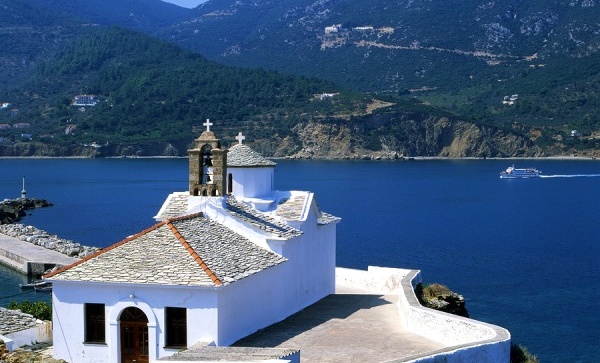 Located between Skiathos and Alonissos, Skopelos is a beautiful island that attracts mostly families and romantic couples. It mostly became famous to the world when scenes of the Hollywood movie Mamma Mia were filmed there few years ago. Particularly, the impressive church of Agios Ioannis Kastri is known as the Mamma Mia Church. The beaches of Skopelos Island have crystal water and they are ideal to enjoy a long day under the sun. Town and Glossa, the two main villages of the island, are constructed on top of a hill and offer great view to the Aegean Sea. Ferries to Skopelos in Greece depart from the mainland ports of Volos or Agios Konstantinos.
Skopelos became widely famous when scenes from the Hollywood movie Mamma Mia were shot there. In fact, many visitors head every year to the church of Agios Ioannis Kastri, where the wedding scenes of this movie were shot. Holidays in Skopelos can be combined with other islands, like Skiathos and Alonissos.
►Local products of the island include olive oil, honey and their local wine.
►The main regions of Skopelos Island are Neo Klima, Panormos, Skopelos Town.

Ferries - Ferries depart for Skopelos from Agios Konstantinos port in Volos and from the port of Volos Town. During summer, there are some extra ferry routes to Skopelos from Kymi in Evia.
Search & Book your ferry ticket to Skopelos!
Flights - There is no airport on the small island of Skopelos. The closest one is located in Skiathos.
Click to Search & Book flights here 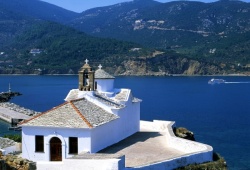 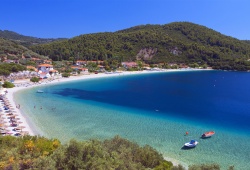 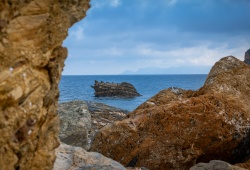 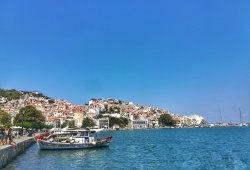 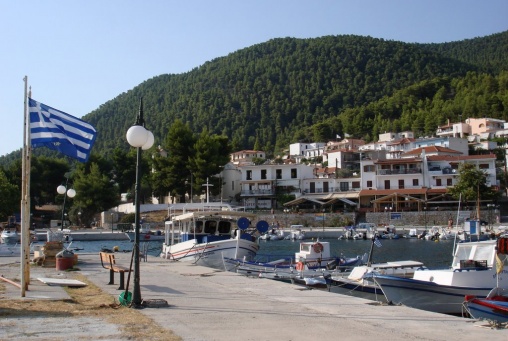 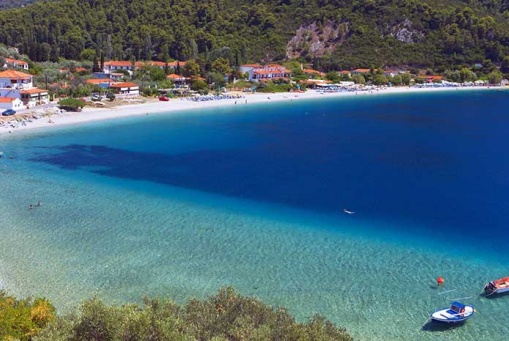 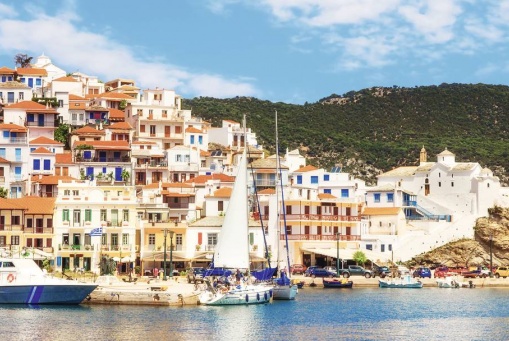