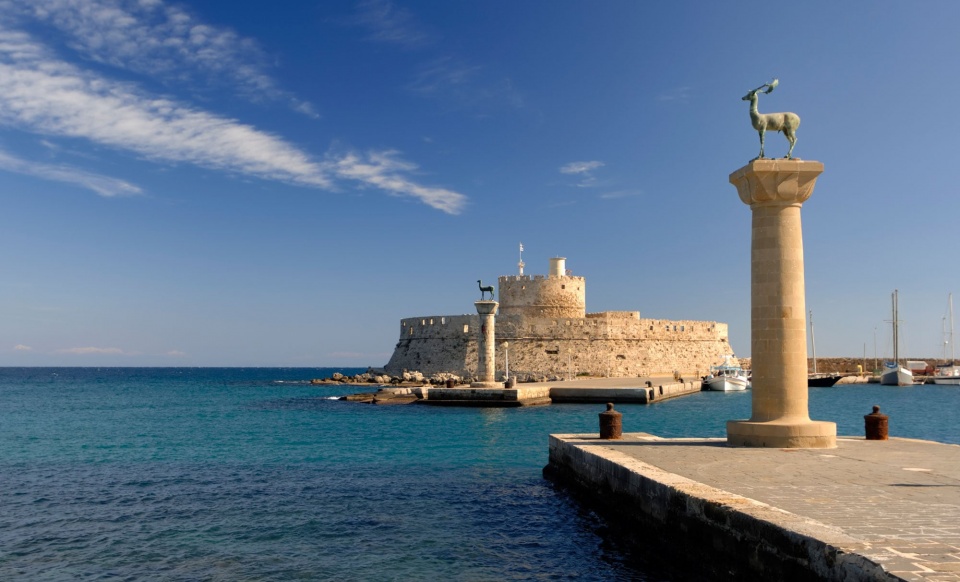 Explore Rhodes in Greece, the largest and most popular island of Dodecanese. There are many top places on the island to explore. With 300 days of sunshine per year, Rhodes Island is mostly famous for the romantic Old Town and the amazing beach resorts. The Old Town is among the best-preserved Medieval Towns of Europe, with strong walls, an impressive castle, paved paths and elegant stone mansions. A drive around the island will bring you to magnificent beaches, impressive sightseeing and picturesque villages. A lovely place is Lindos village with the Acropolis on top. The most tourist places are located close to Town, but you can also find many secluded places for total privacy around the island. Holidays in Rhodes can be combined with other Greek islands.
Rhodes in Greece has been important since ancient times. The ancient city of Rhodes, the construction of which began in 407 BC, was designed according to the city planning system devised by the greatest city planner of antiquity, Hippodamus of Miletus. Rhodes soon developed into one of the most important seafaring and trading centers in the Eastern Mediterranean. When it became a province of the Roman, and later the Byzantine Empire, it initially lost its ancient glory. But in 1309 the Knights of Saint John of Jerusalem conquered Rhodes. They built strong fortifications to protect the island, turning it into an important administrative centre and a thriving multinational medieval city. In 1523 Rhodes was conquered by the Ottoman Turks, and the Greeks had to settle outside the city walls. During the Ottoman occupation, new buildings were erected within the Old Town, mainly mosques and baths. In 1912 Rhodes and the rest of the Dodecanese, were seized by the Italians. The new rulers embellished the city with magnificent buildings, wide roads and squares. The Palace of the Grand Master was rebuilt and the Street of the Knights was reconstructed in order to regain its medieval purity. It was not until 1948 that Rhodes officially became part of Greece.
►Local products of the island include honey, olive oil, vegetables and their famous wine.
►The main regions of Rhodes Island are  Afandou, Achangelos, Faliraki, Gennadi, Ialyssos, Kolymbia, Kremasti, Lindos, Pefkos, Rhodes Town.

Flights - Rhodes International Airport "Diagoras" not only receives domestic flights but receives many flights from many countries around Europe as it is one of the busiest airports in Greece.
Search & Book your flight to Rhodes!
Ferries - There are regular routes from Piraeus Port in Athens to Rhodes 4-5 times a week. As well other islands are connected including Kos, Patmos, Leros, Simi and more.
Book online your ferry ticket to Rhodes Island! 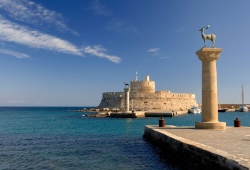 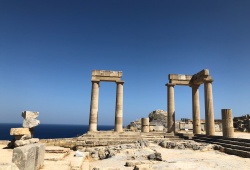 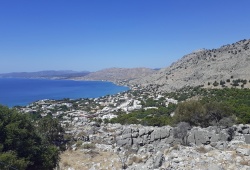 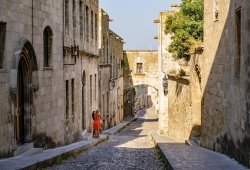 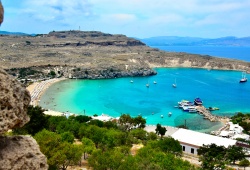 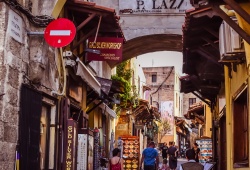 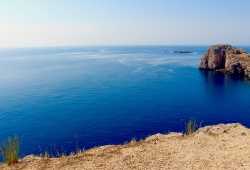 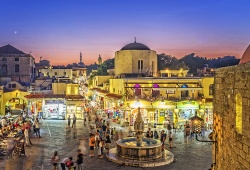 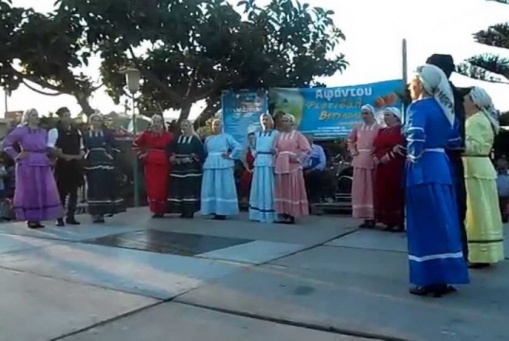 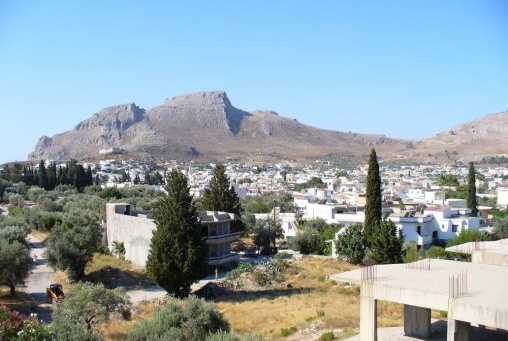 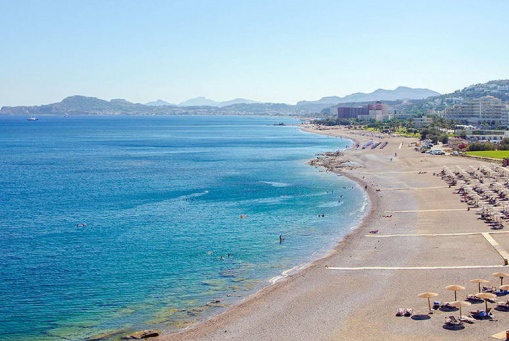 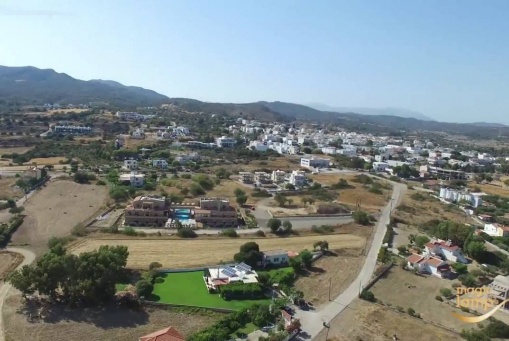 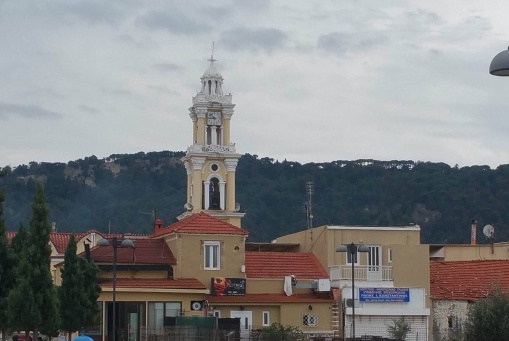 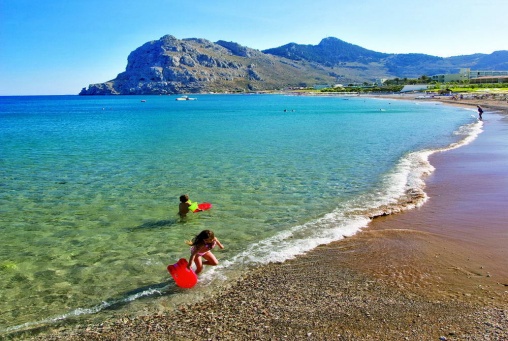 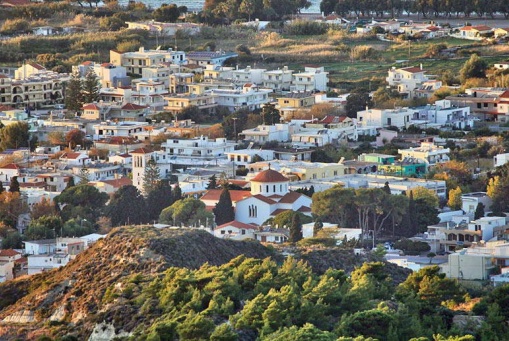 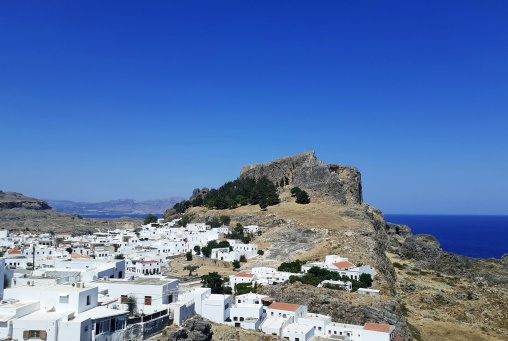 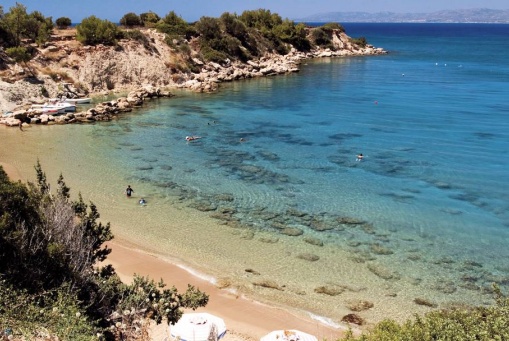 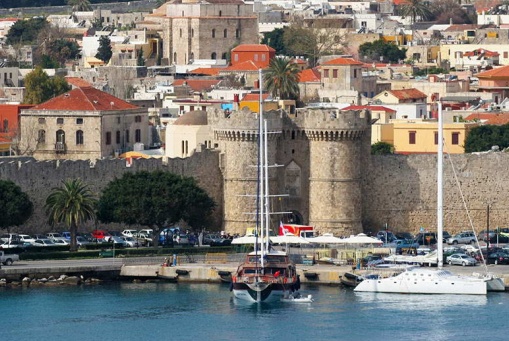