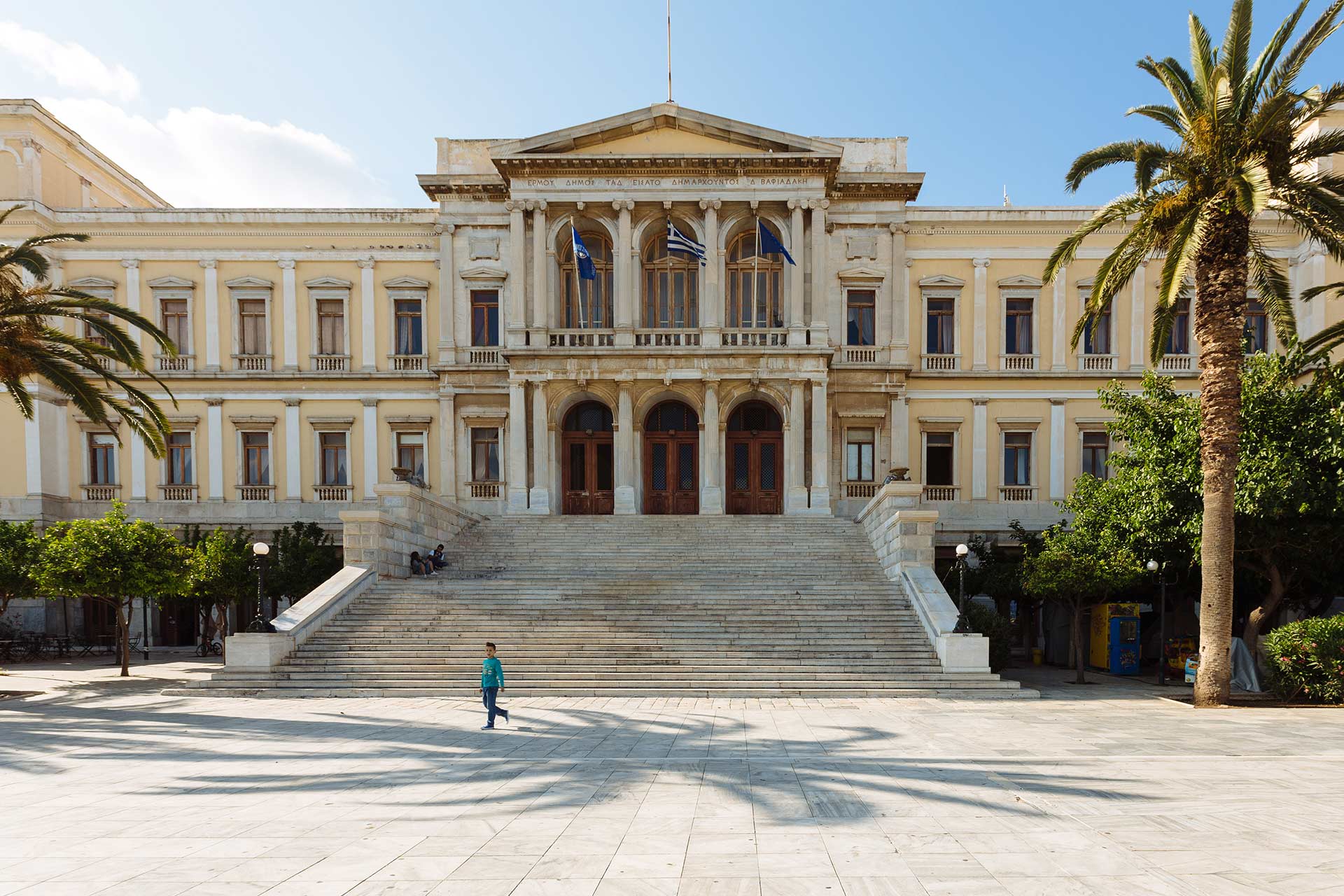 The Archaeological Museum of Syros is housed in the Town Hall in the centre of Hermoupolis, with independent entrance on the western side of the building. Founded in 1834, this is among the oldest museums of Greece. At first it was established as the central museum of Cyclades and hosted archaeological exhibits from all the islands. However, with the establishment of smaller local museums, the majority of exhibits were distributed to the islands and the Archaeological Museum of Syros today hosts findings from Syros, Amorgos and Kythnos. Most exhibits in this museum come from the ancient site of Chalandriani, dating from the 3rd millennium BC, that is called the early Cycladic period. Very important are also the exhibits from the 600 Hellenistic graves that were also excavated in the close region. Apart from these, the museum includes random exhibits from Syros, few grave columns and some sculptures, including an Egyptian statuette of black granite. 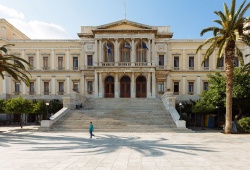 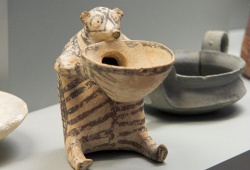 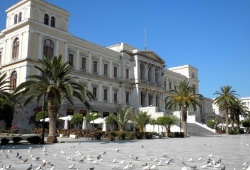