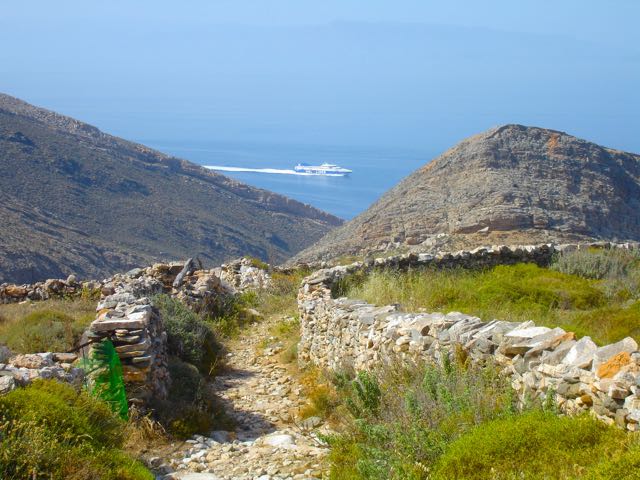 Ano Syros, Syros, Cyclades
North Syros
Northern Syros is a rocky barren place that you reach by driving up past Ano Syros, the Catholic mountain that overlooks Hermoupolis. There are marked footpaths that cover the whole island for those who want to explore its most remote beaches, churches and settlements. There is a pre-historic settlement and a cave somewhere in the north. We didn't find them but we were lazy, tired and hot since it was probably the hottest day of the summer that we chose to do our exploring. You need to go in the cooler months or early in the morning, returning when the sun is going down. There are also a number of exotiko (country) tavernas that seem like they are out in the middle of nowhere until you realize that from just about anywhere on the island you can be back in Hermoupolis in about 15 minutes. If you have ever been to an exotiko taverna its the real deal, with grilled meats, home-made wine and often dancing and singing to hired musicians, or musicians who just happened to show up for dinner with all their instruments. 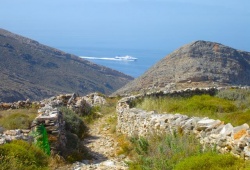 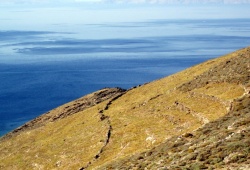 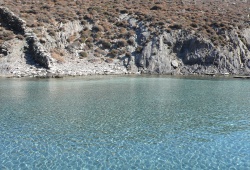