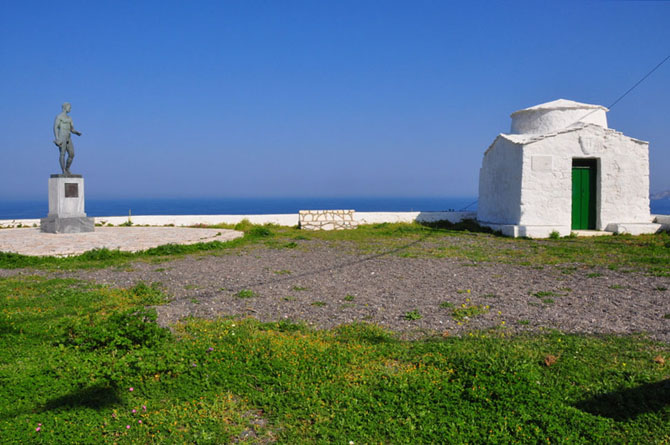 A beautiful little domed church with a single aisle and blind arches features paintings from the 17th century that were recently revealed. Agia Triada Church in Skyros has icons from the late post-Byzantine era. Curious as well are the marble columns that could date back to the Roman period. Next to the church is the statue of the poet Rupert Brooke. Statue in the style of an ancient Kouros in memory of the First World War poet Rupert Brooke who is buried on the island of Skyros. The statue is rather modern in conception and was controversial when first erected. This church as well as the monument of Rupert Brook is located next to the archeological museum. 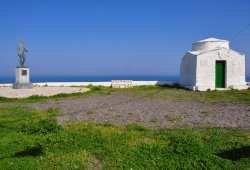 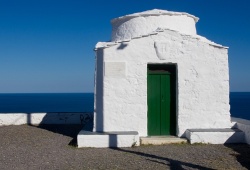 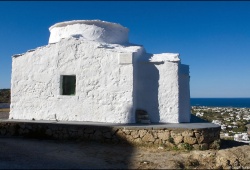