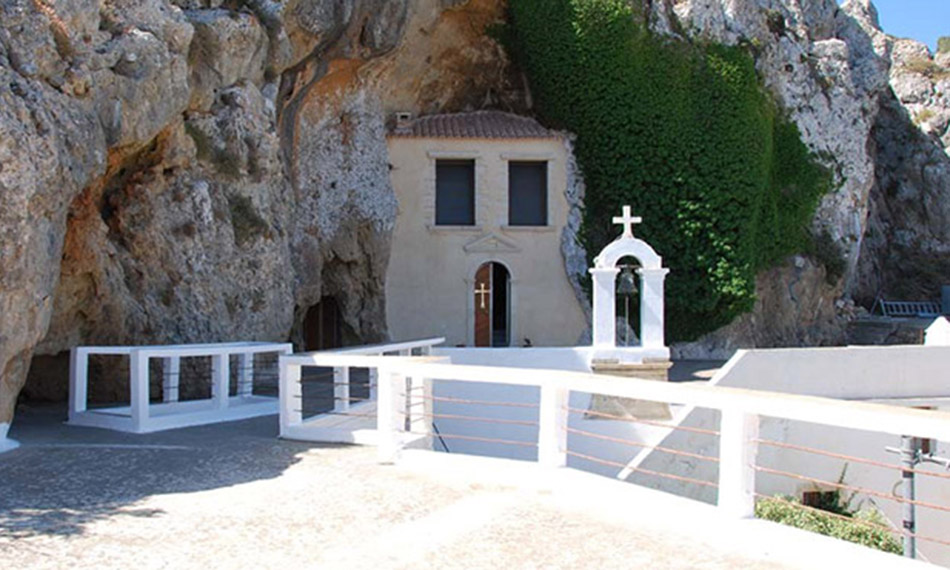 The Monastery of Panagia Faneromeni of Gournia is located northwest of Pachia Ammos, 24km south of Agios Nikolaos. It is a male monastery built on a steep slope at an altitude of 540 meters with stunning sea views. The monastery church is built inside a cave. The church is two-aisled and is dedicated to the Virgin Mary and Zoodohos Pigi .
The monastery is one of the most famous in eastern Crete. On August 15, when it celebrates, pilgrims arrive from all over Crete. Indeed, some people arrive on foot so as to fulfill an oath.
The monastery is built on a steep slope, reminding of a fortress standing high above the sea. This position reflects the defensive nature of Faneromeni monastery against the frequent pirate raids in the coasts of Crete. The architecture is reminiscent of monasteries that were restored in the late 16th and 17th century.
According to a legend, once a shepherd lost his best ram on every afternoon. One day he decided to follow the ram and saw him drinking water that flowed from the cave. The shepherd approached and the icon of Virgin Mary was "revealed" to him. When he got the icon and moved it to him home, it disappeared and the shepherd found it in the cave, where he built the monastery. They say that the same icon, especially on the Assumption and the other Marian feasts, reappears and mysteriously disappears again.

Explore the best places of Lasithi!
Book a Tour in Agios Nikolaos or take the journey to discover with your car rental. 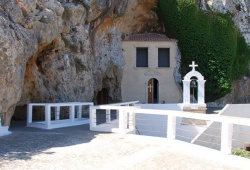 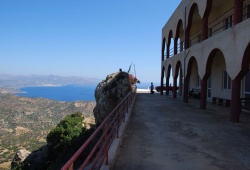 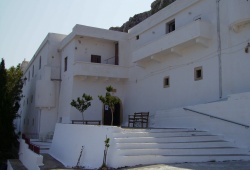