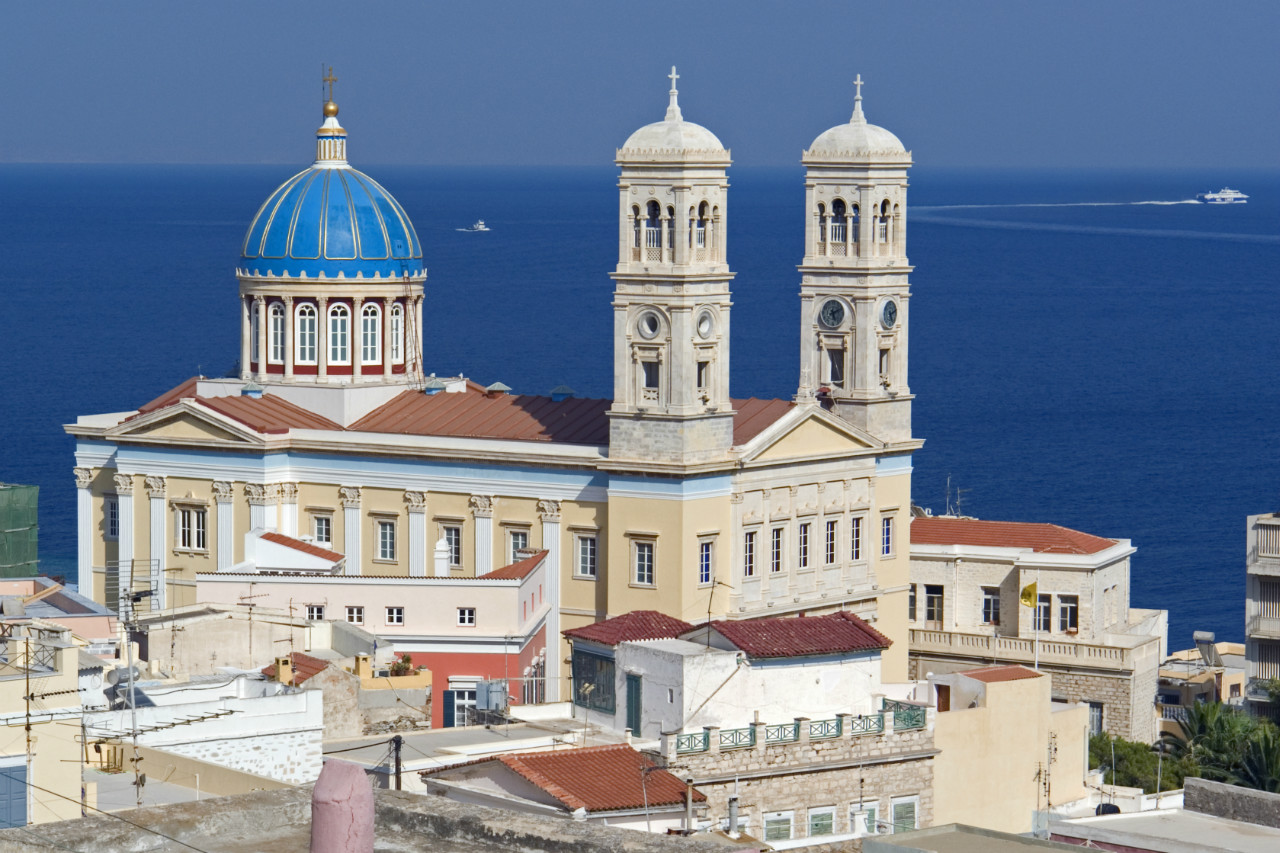 The church was built in 1849 with donations from King Otto, expatriate Greeks and residents of the islands of Chios. The temple was inaugurated officially in 1870 without completed internal decoration. The draft was made by G. Metaxas.
In 1905 the workings were completed and the church is one of the five biggest in Greece. Agios Nikolaos Church in Syros is a glorious temple, cross-in-square Basilica with dome. It is built in a courtyard higher than the ground level and the entrance consists of four columns of Ionic order and a pediment that decorates its upper part. Externally, the main gate has got a bell tower in each side. The dome is supported by marble columns of Doric order which surround two-lobed windows. The interior part of the church is of great architectural and artistic value. It is three-aisled with matroneums in each side.

The floor is painted in azure and grey. The marbled templon is of magnificent beauty with two engraved angels to decorate the Gate. It has been constructed by the sculptor G. Vitalis. The marble Pulpit was constructed according to the standards of the Pulpit of the Athens Metropolitan Church. The Bogia brothers decorated the internal walls in 1900 and in the yard there stands the monument of ‘The unburied Soldier’, artwork of the Tinian sculptor G. Vitalis. The monument is dedicated to the anonymous heroes of the Greek Revolution in 1821. 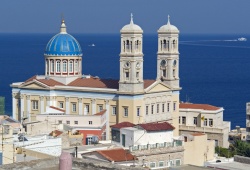 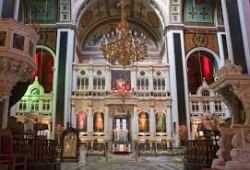 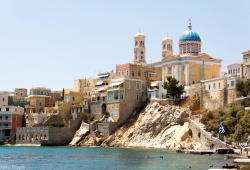