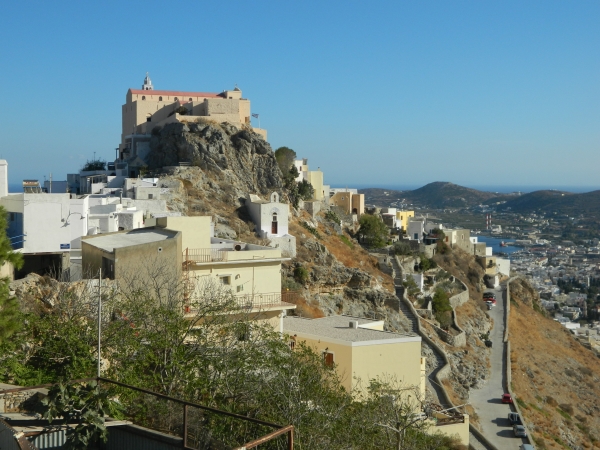 The Capuchin Monastery is located in Ano Syros and is dedicated to Saint John. It was founded in 1653 by King Louis XIII of France and currently there are no monks in the monastery, except from the abbot. Situated close to the Jesuit Monastery, it is a fact that these two monasteries have played an important role in the religious and social life of the inhabitants where schools and hospitals were established. The Capuchin Monastery hosts the church of Agios Ioannis, dating from 1635. In the basement of this church, there are crypts that were used as shelters during pirate raids. Later on, after 1896, they were used to house the bones and the tombstones belonging to the old Catholic families. The monastery has many adits and basements to explore. 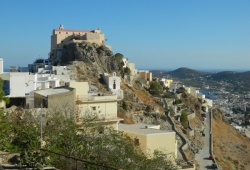 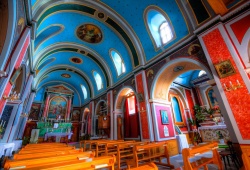 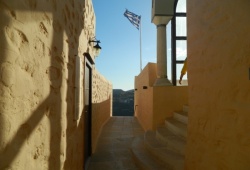