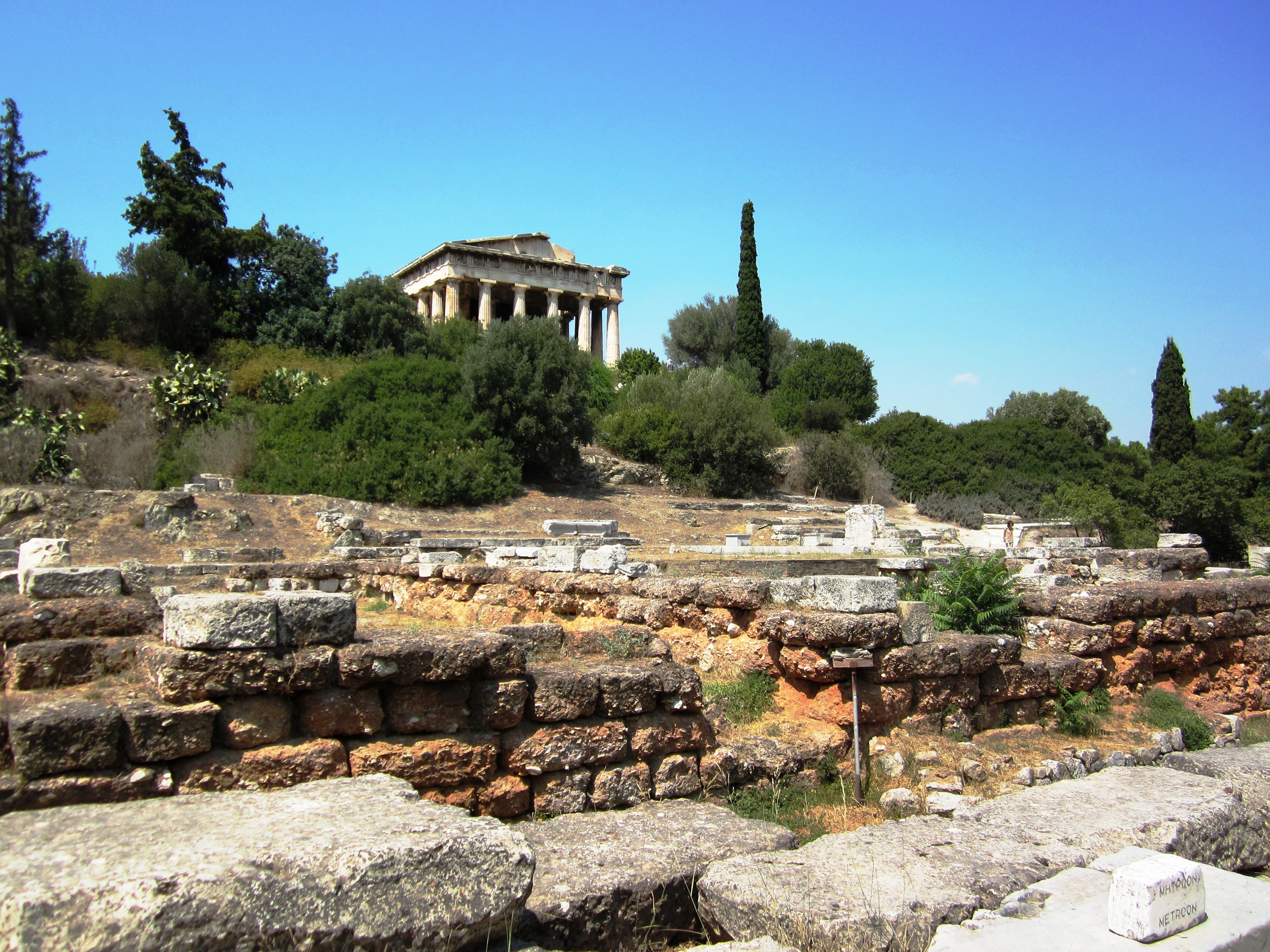 Temple of Hephaestus in Thissio, Greece

One of the remarkable and well-preserved ancient temples is the Temple of Hephaestus and Hephaestion. It is located in the northwestern part of the Athenian Agora and has remained virtually untouched since the days of antiquity. Hephaestion was built around 449 BC, under the leadership of the Athenian orator and statesman Pericles. Built of marble the temple of Hephaestus, has length - 31.7 m, width - 13.7. The roof is supported by 34 columns. On the eastern side of the temple were once depicted the twelve labors of Hercules and Theseus.
The temple is located in Thissio, within a short distance from the Acropolis and Monastiraki in Athens, just above the Ancient Agora and the Stoa of Attalos.
From the 7th century A.D. till 1834, this temple was an Orthodox church dedicated to Saint George Akamatus. The last Holy Mass took place in February 1833, when King Otto arrived in Greece. In the 19th century, the temple was used as a burial place for the non-Orthodox Europeans and philhellenes. From the archeological excavations many graves were found. In 1834, King Otto ordered the building to be used as a museum where it actually remained until 1934. Today, this temple is one of the greatest ancient monuments in Greece. Reconstruction and excavation works are still continuing. 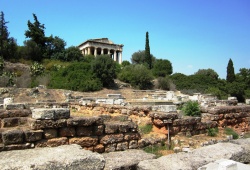 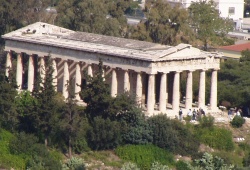 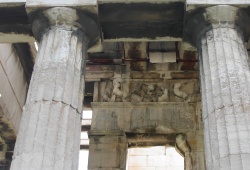