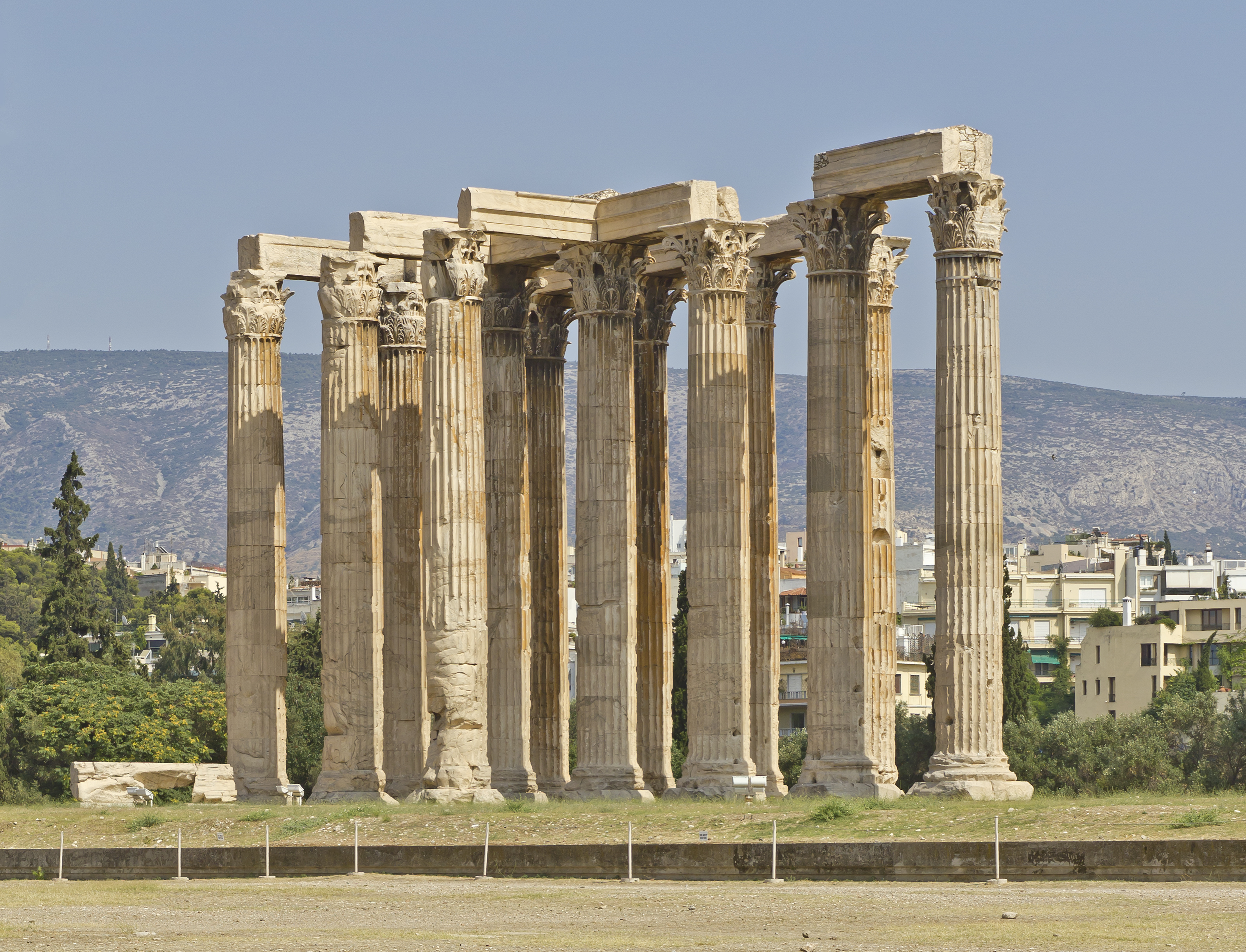 Temple of Olympian Zeus also known as Olympion. It is located in the center of Athens, and today it is a ruin, but still carries a piece of history. Construction of Olympion began in the sixth century BC, and ended already in the time of Emperor Hadrian - and this is the second century AD. Once in the temple stood a huge, covered with ivory and gold statue of Zeus - a replica of the statue of Olympian Zeus by Phidias.  Alongside also a statue of the emperor Hadrian, also made of gold and ivory. Near the Temple stood Hadrian's Arch which was leading in the new quarters of the city.
The construction of this temple started in the 6th century BC and its designs were appointed to the architects Antistates, Callaeschrus, Antimachides and Porinus. At first, it was intended to be built out of limestone in the austere Doric style and its size was to be the hugest of all temples. However, the works stopped in 510 BC due to political disorders, when the tyrant Hippias was exiled from Athens.
The temple remained incomplete for the next 336 years. In 174 BC, the king Antiochus IV Epiphanes started the reconstruction of the temple, replacing the building material from limestone to the high-quality Pentelic marble and the architectural style from Doric to Corinthian. In fact, it was the first time that the Corinthian order was used for the exterior decoration of a temple. However, when Antiochus died, the project remained again unfinished. In 125 BC, the Roman emperor Hadrian included this temple in his Athens building programme. Many statues of gods and Roman emperors adorned the temple, including an enormous chryselephantine statue of Zeus. In its final form, the temple had 104 columns of 17 m high each and 2 m in diameter each.
The temple suffered more damages during the Turkish occupation and the first decades of the Greek State. In 1852, a severe storm totally destroyed the cella and the great statue of Zeus. By that time, only 15 columns survived and a sixteenth column was lying on the ground. Works for the excavation and the restoration of the temple finally started in the late 19th and the early 20th century by Greek and German archaeologists and by the British School in Athens. Today, the temple of the Olympian Zeus is considered as one of the finest ancient monuments of the city. 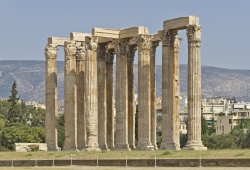 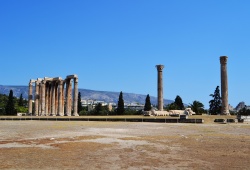 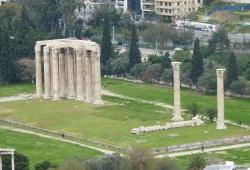