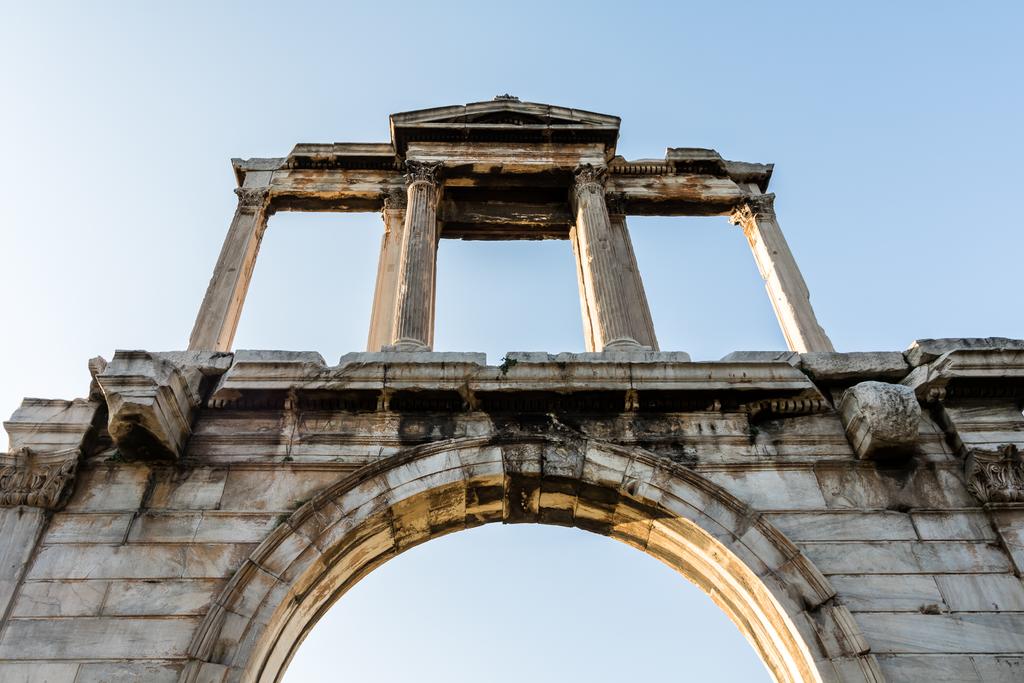 Arch of Adrian in Athens, Greece

A striking example of the architecture of ancient Greece is the Arch of Hadrian, established in Athens. Like many other famous buildings in Athens, it is built of white Pentelic marble and stands on the old Athens road, which leads from the city center to the Temple of Olympian Zeus. Marble slabs, from which have developed the arch, are connected between the brackets to not use the cement. The Arch’s space is divided into three rectangular pieces of Corinthian columns and pilasters. On one side of the arch, which is crowned by the entrance to the old city, the inscription reads: "This is Athens - a city of Theseus" and on the other: "It is not the city of Theseus, but Adrian."
In the 18th century, the Arch of Hadrian served as one of the seven gates in the defensive wall that the Turks built round the city against the attack of the Albanians raiders. Given that the monument was never fully protected, it has survived time in extraordinary condition. Unfortunately, in the recent decades, pollution has caused extensive discoloration of the original material and degradation of the inscriptions. 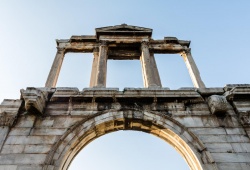 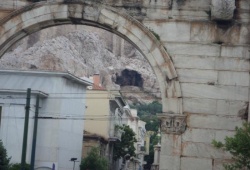 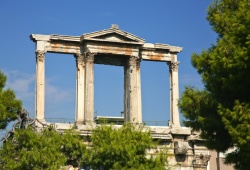