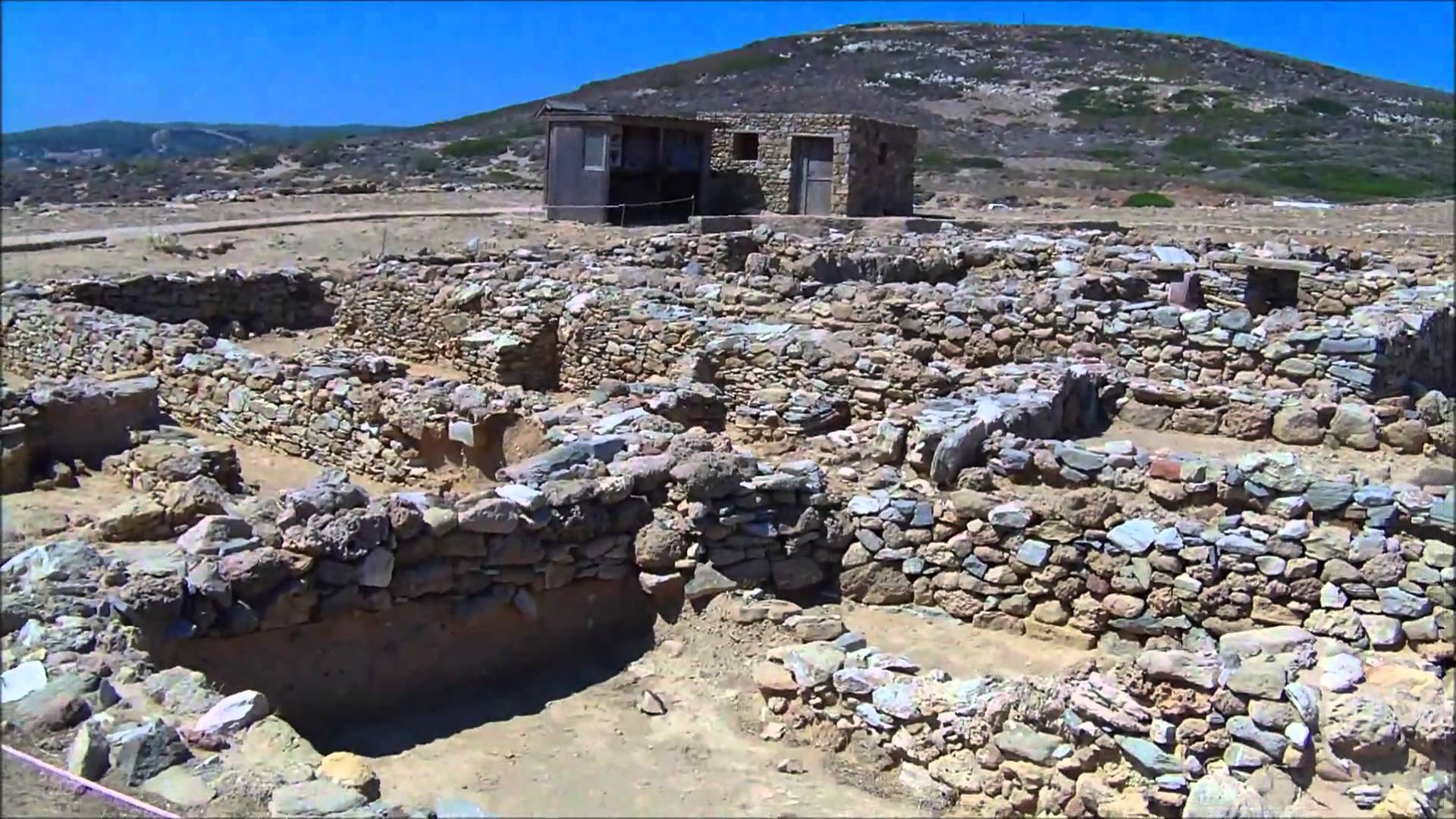 At the bay of Palamari, which is located on the north side of Skyros, a fortified hamlet was discovered, and was dated to be from the Early and Middle Cooper Period (2500 – 1800 BC ).
This hamlet used to have a port that connected with the islands of the Cyclades, the east side of mainland Greece, and the North East Aegean sea.
Further research and work also led to the discovert of an organised city plan, with roads and impressive buildings. In some rooms of these building, stone seills, hearths, ovens and even formatted floors were discovered.
Other artifacts that were found in ancient Palamari include a variety of vessels, stone tools and appliances, as well as tools made from bone, and a selection of metallic appliances. One very important finding was the wall with the large U-shaped bastions, which rose up in the uneven spaces.
From a defensive point of view, this hamlet was very well reinforced, with its front wall, trench and stone barrier. This type of fortification has Syrian and Palestine origins, which appeared in areas of the Aegean in approximately 2300 BC.
It is well worth paying a visit here to appreciate this ancient insight into the historic past of the north of Skyros, and how it was connected with various other parts of Greece and the Greek Islands. Visitors can also head to the lovely Palamari beach, for swimming and relaxation. 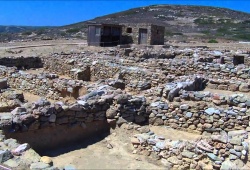 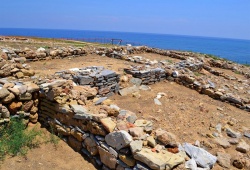 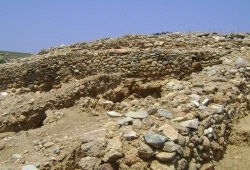