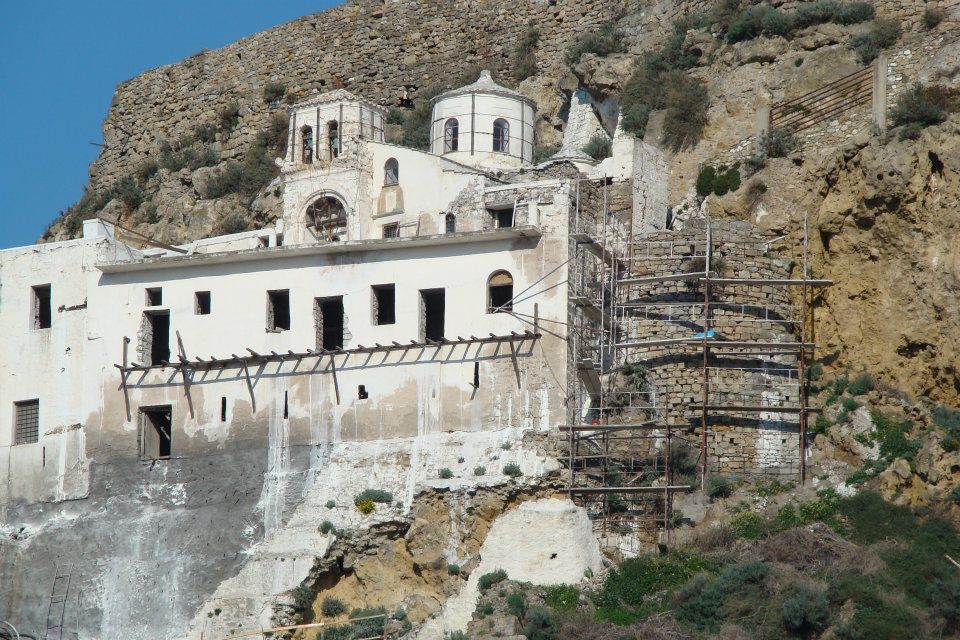 The Castle of Skyros, built on the highest point of Skyros town and overlooking the whole area, has a long history behind it. Altough it is not as well preserved as other castles in Greece, this stone fortress was built in the Byzantine Times to protect the island from enemies and pirates that were frequently devastating the Aegean islands that time. The architecture of the Castle is simple but strong. Over the main entrance, you will see a marble lion built in the wall. Although there are only a few remains of the old fortifications, the Castle of Skyros offers great views of all the Town and the sea. Inside the Castle, there is a great church, the glorious Monastery of Agios Georgios (Saint George), which is a dependency of the Monastery of Megisti Lavra, Mount Athos. The church of Agios Georgios, which was probably founded in the 10th century, has notable hagiographies and can be seen perched from the rocky mountains under the walls. The Castle of Skyros is within a walking distance from the centre of Skyros Town. 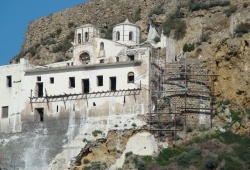 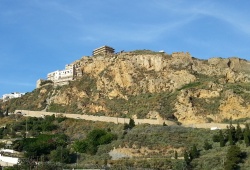 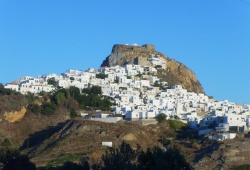