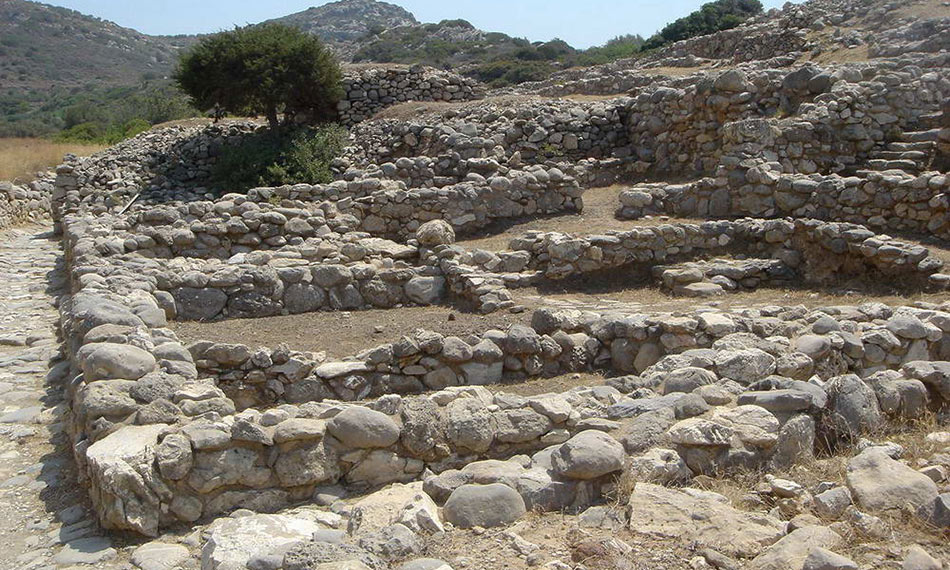 Archaeological sight of Gournia lies on a small hill in Lasithi, a few hundred meters from the sea in the Gulf of Mirabello, close to the north end of the Ierapetra (2 Km from Pachia Ammos village & 19 Km from Ag.Nikolaos). Ancient Gournia - the ancient name of which is not known - is the most characteristic of the excavated medium-size settlements in Crete, dated in the late Minoan period 1550-1450 B.C. It is called "Pompeii of Minoan Crete" because of the good state of preservation. It occupies a low hill, close to the sea, at the Isthmus of Ierapetra. The first inhabitants settled here in the Early Minoan III period 2300 B.C. Remains of the Middle Minoan period 2000-1600 B.C are also preserved. In 1600 B.C the palace was destroyed as well as other palatial centers in Crete. It was finally abandoned in around 1200BC. The excavations at Gournia were carried out in 1901-1904. 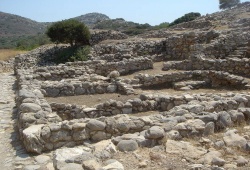 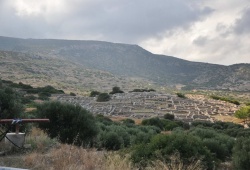 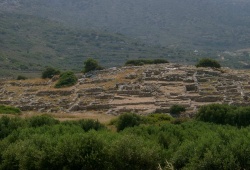 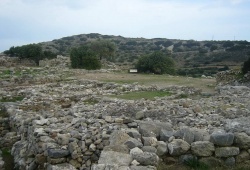