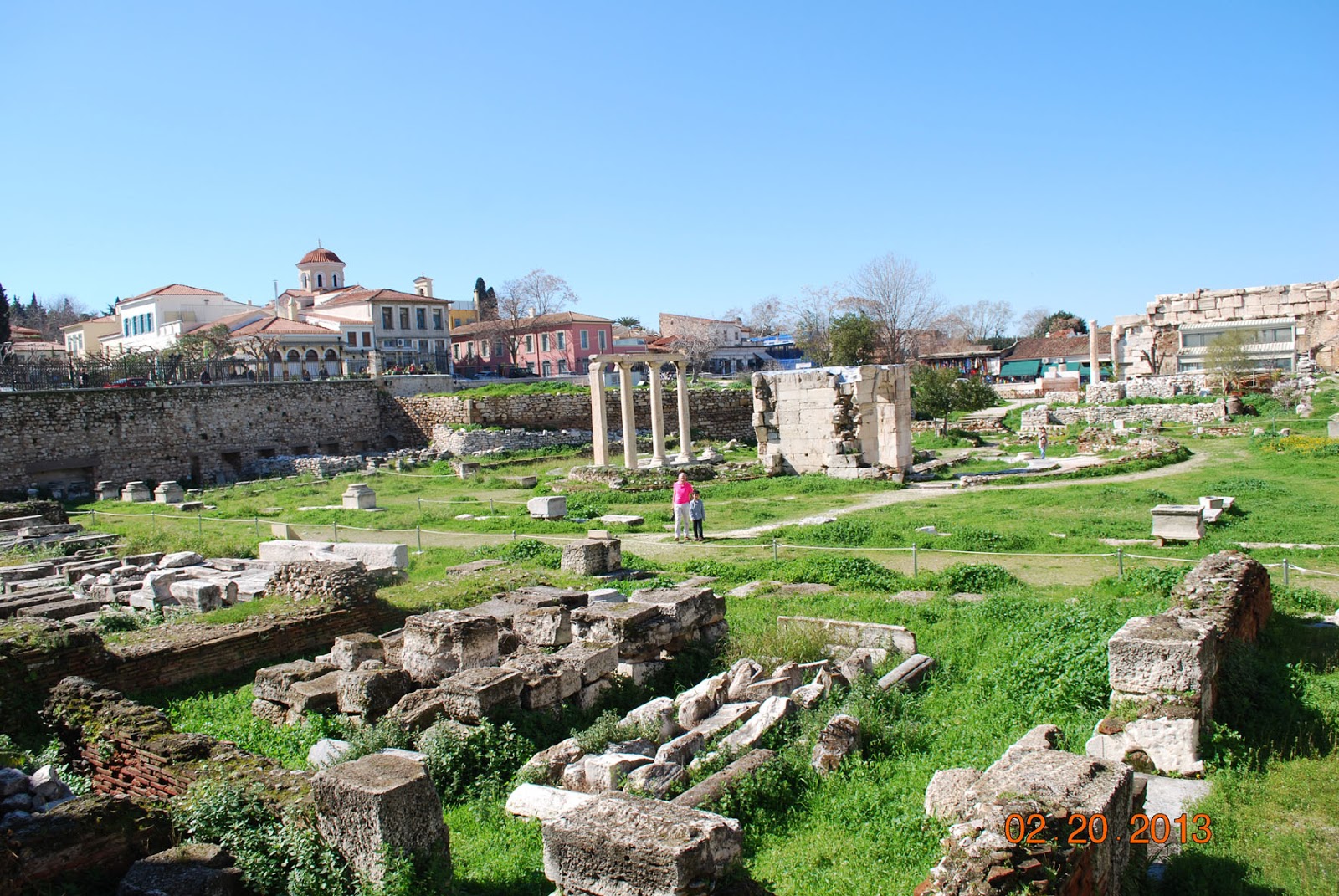 Library of Hadrian in Athens, Greece

One of the massive buildings of the capital of Greece is the Library of Hadrian. This building in Athens with high walls and once strong called "a huge quadrangle." It used to a library. One hundred columns of Phrygian stone, alabaster ceilings, gilded room, paintings and statues - such magnificence just could not remain obscure. Emperor Hadrian built the library in 132 AD - is a quiet place near the bustling bazaar. It had only one entrance, a high surrounding wall at its long sides and an inner courtyard with a central pool and garden surrounded by marble columns. At the eastern end there were many rooms that seemed an actual library, where papyrus books were stored. These rooms were also lecture halls and reading rooms. The library was heavily damaged during the Herulian invasion of 267 A.D. and was repaired in 407-412 A.D. In the Byzantine times, three Christian churches were built at that site, whose remains have partly survived. 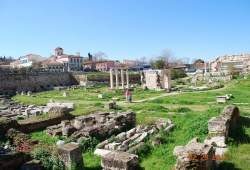 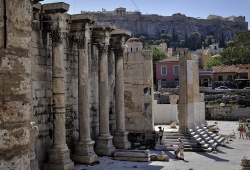 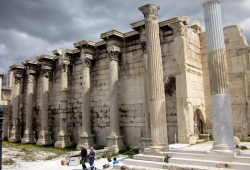