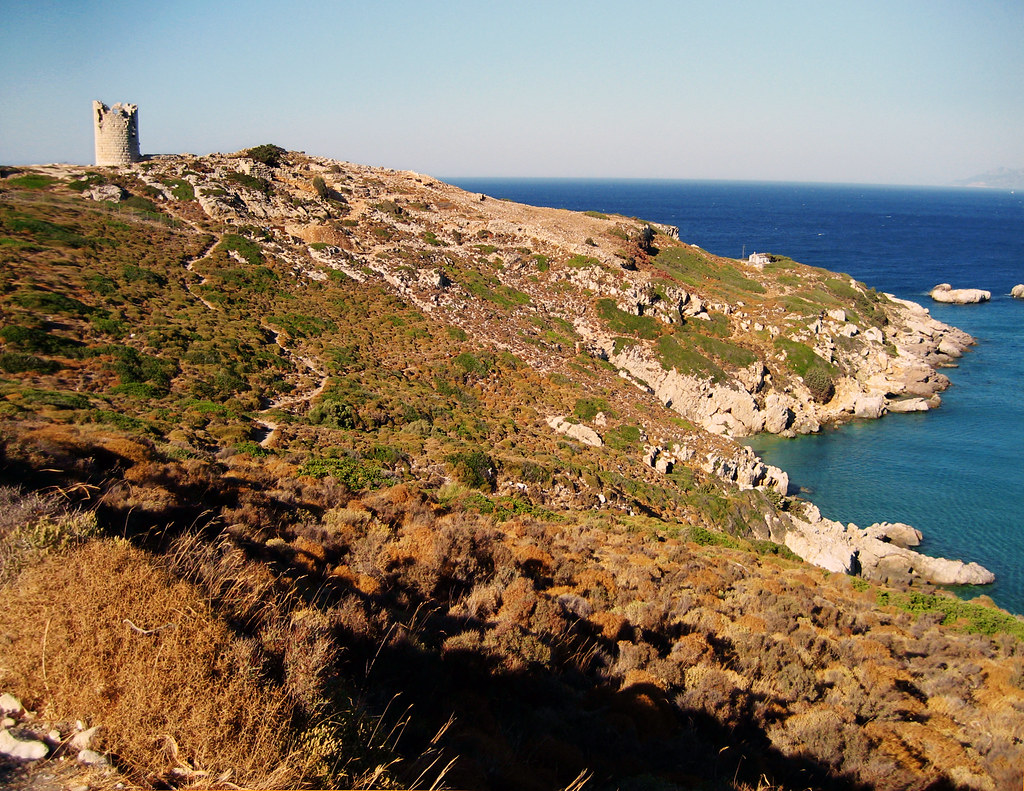 This Tower was  built during the time of Alexander the Great in the 4th century BC. Drakano is a 44-foot high limestone tower served as an observation point for Aegean Sea traffic sailing the channel between Ikaria and Samos. The tower was part of a larger garrison and eventual Ikarian city that was noted for its wine production. Access to Drakano is via a dirt road leading from the seaside village of Faros. The road ends where a footpath begins, and you  must then walk about 15 minutes north to the fortress area. 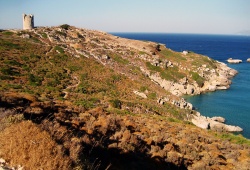