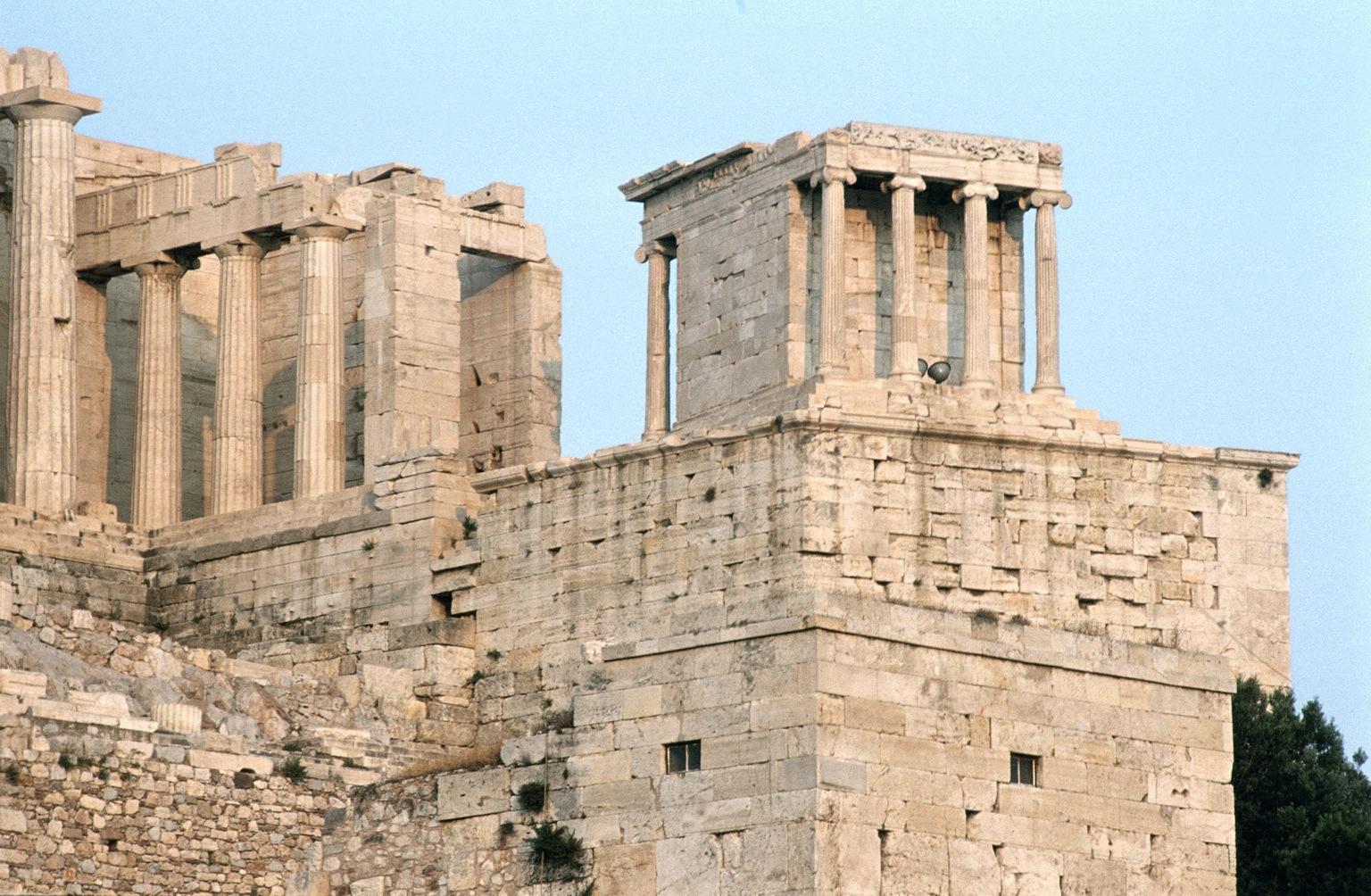 Temple of Athena Nike in Athens

Temple of Athena Nike is visible from anywhere in the city below, and it was he who first greets visitors as a modern Acropolis and the ancient Greeks coming to the sanctuary. Surrounded by his four pillars, the eastern side completely open, while in the north, south and west walls come. At the entrance - the two pillars, and over the walls - the top decorated with sculptures and reliefs of the frieze. Today, the temple of Athena Nike remains almost unchanged. It lacks most of the front pillars and roof, and carved friezes are in the Acropolis Museum.
The Temple of Athena Nike in Athens was the shelter of an amazing statue of the goddess Athena holding a pomegranate, the symbol of fertility, in her right hand and a helmet, the symbol of war, in her left hand. The temple has been destroyed twice: once after the Turks dismantled it in 1686 and once after 1936, when the platform crumbled. It has been therefore rebuilt two times as well.

Explore the best places of Athens!
Book a Tour and explore the fascinating world of Ancient Greece 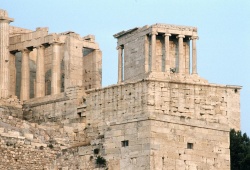 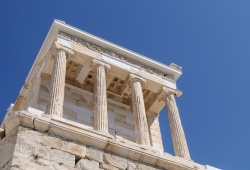 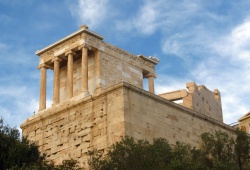