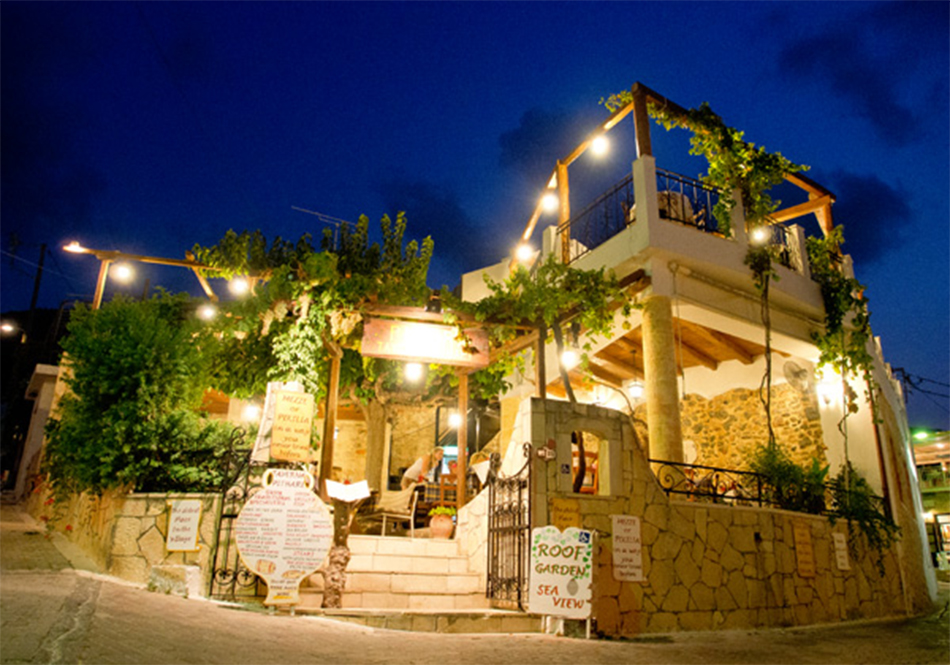 The history of Taverna Pithari begins in the previous century. The building was built in 1870 and was originally used as a house with a storage place and a stable. In 1967 it was changed into a “kafenion” (a place where people from the village could enjoy their coffee and socialize, especially men). In 1975 Taverna Pithari was established, it was the only Taverna in the area at the time.

In 1984, it was bought by the current owner and since then many restorations and additions were undertaken while preserving the original building. The most important changes were made in 1985,1997,2001 and 2010. It is not a coincidence that Taverna Pithari is one of the few taverns which have secured a trading license compliant with Greek and European standards..

The Taverna Roof Garden offers a panoramic view of Hersonissos Harbour. Late in the afternoon, the sky constantly changes colour, as the sun sets over Crete. Our menu offers popular, traditional meals as well as a variety of unique dishes which you can only find in Taverna Pithari. Our customers, some of whom we have known for over 25 years! ,delight in our local and new adventurous cuisine. 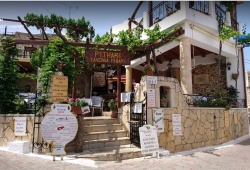 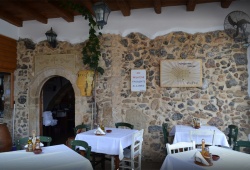 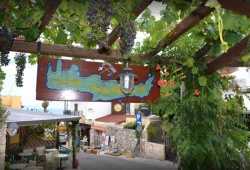 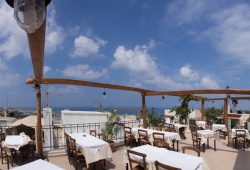