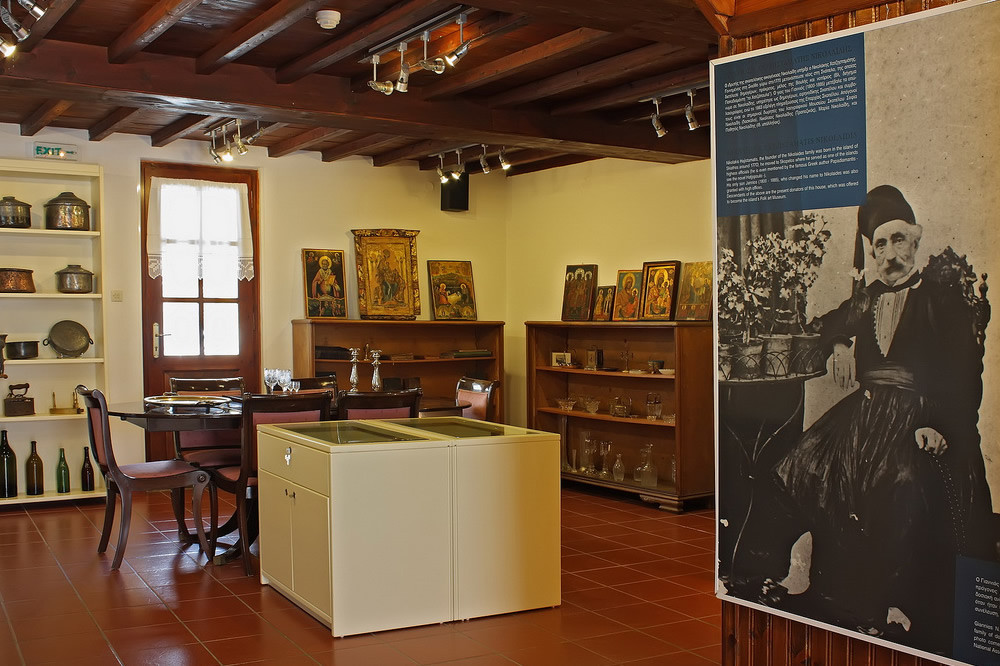 In the centre of Skopelos Town, there is the Folklore Museum of Skopelos, an interesting small museum that depicts the folk tradition of the island. The museum is housed in a traditional residence that was donated to the local municipality by the Nikolaidis family, an important political family of the island. This residence was originally constructed in 1795 but in 1963 a severe earthquake made the first and the second floor collapse. Few years later, the building was reconstructed based on the original architectural plans and in 1991 it was donated to the Municipality of Skopelos. A year later, the museum officially opened its doors. Many of the furniture inside the museum also belonged to the Nikolaidis family, while others were donated to the museum by local families. On the ground floor, there is the sitting room and the fireplace. The sofa is decorated with nice handmade broideries, while the wooden-carved furniture are the work of a local traditional artisan. On the top floor, there is the wedding bed and the baby cot, along with local traditional male and female costumes. On the basement, there are individual exhibits and collections of knives and ceramics made by local artisans. Very impressive are also the wooden miniatures of ships and of a shipyard, depicting the rich nautical tradition of the island. 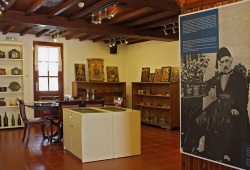 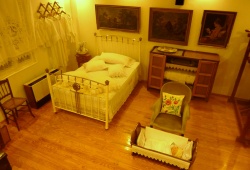 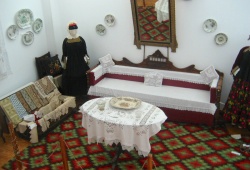