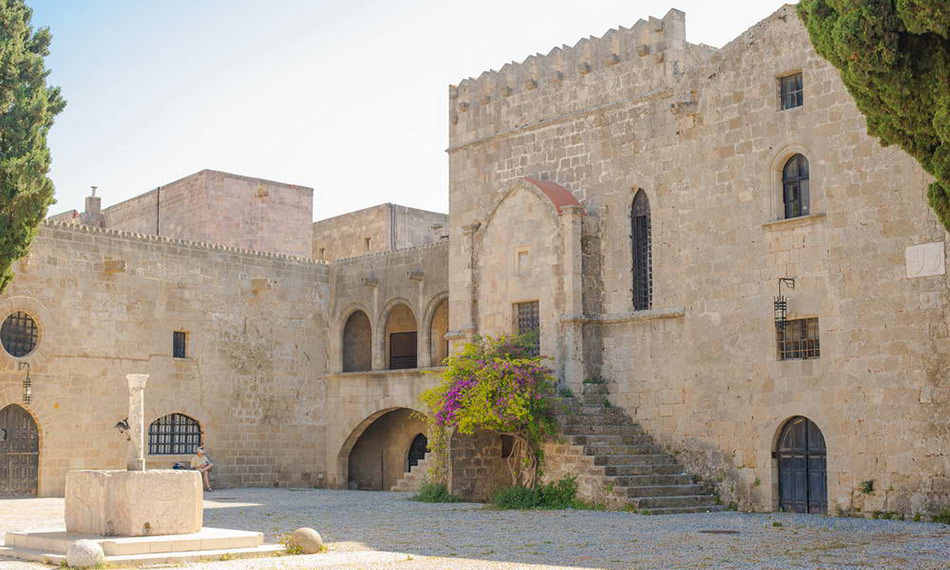 The Archaeological Museum of Rhodes is housed in the mediaeval building of the Hospital of the Knights. Its construction was completed in 1489 by the celebrated d'Aubusson. It is a twostorey building, with an internal courtyard, all four sides of which are lined with porticoes. In the courtyard you will notice the Hellenistic statue of a lion, as well as the heaps of stone catapult projectiles - a "souvenir" of the dozens of sieges the city has experi enced. Along the porticoes you will see numerous inscriptions, funerary steles and circular altars. The museum galleries are on the first floor.

The small rooms overlooking the inner courtyard house grave finds from ancient Ialysos and Kamiros, dating from the geometrical, archaic and classicalperiods: vases, figurines, jewellery and metal objects. On the facade side of the building, in the large single "patients ward", you can see funerary plaques from the period when the island was administered by the Knights (14th, 15th and 16th centuries) as well as heraldic crests. The most interesting galleries are those containing the collection of sculpture from the archaic, classical, Hellenistic and Roman periods. The exhibits are perhaps on the scanty side when one thinks of the great artistic tradition of Rhodes, but are somewhat representative. Particularly noteworthy are two headless archaic kouroi from Kamiros (550-530 BC), the funerary Stele of Krito and Timarista (420-410 BC), and the funerary stele of Kalliarista (350 BC). Finally, the marble head of Helios (250-160 BC), a superb example of 'Hellenistic baroque', and the statue of the nude, squatting Aphrodite from 100 BC, give us a taste of the Hellenistic art which flourished on the island. From the statue gallery we move on into a second, smaller courtyard, especially picturesque, where works of statuary and funerary monuments are also displayed.

Explore the best places of Rhodes!
Book a Tour and discover the New and Old Town of Rhodes 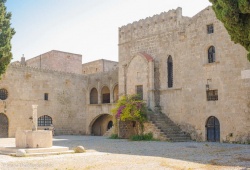 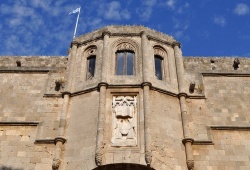 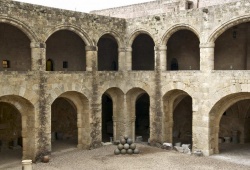 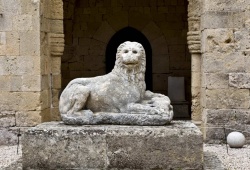 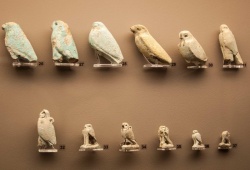 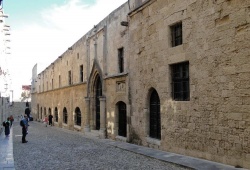