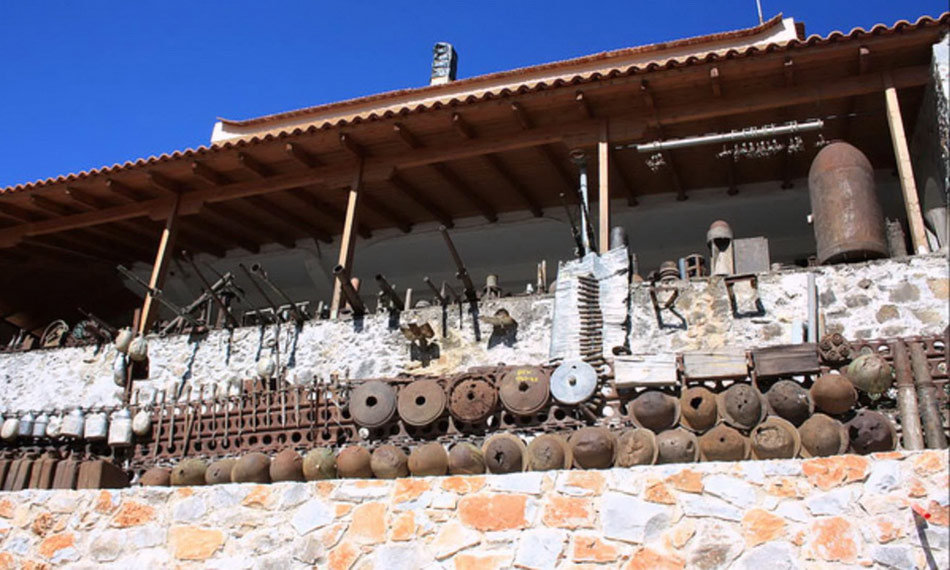 In the mountainous village of Askyfou, 50 km south of Chania, there is an interesting war museum created by a local man. Georgios Hatzidakis, born in 1931, started to collect weaponry at the age of 14. He would collect anything he found in the village, mostly weapons from the Second World War, but as he was growing up, he was also interested to find other weapons that dated from the Cretan Revolution of 1770 or even older. Later on, he created this war museum to exhibit his large collection. There you can see many interesting exhibits, including guns, revolvers, carbines, mortars, mortar shells, binoculars, military uniforms, even the helix of a German helicopter that fell in Crete during the Battle of Crete in May 1941. The oldest exhibit of the museum is a canon that dates from 1770, while the largest exhibit is a German bomb.

Explore the best places of Chania!
Book your Tour in Chania or discover the region with your own car rental. 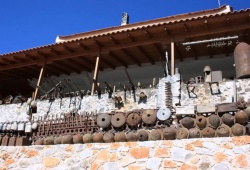 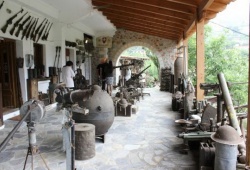 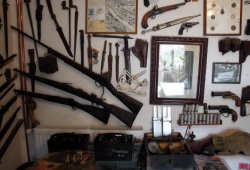