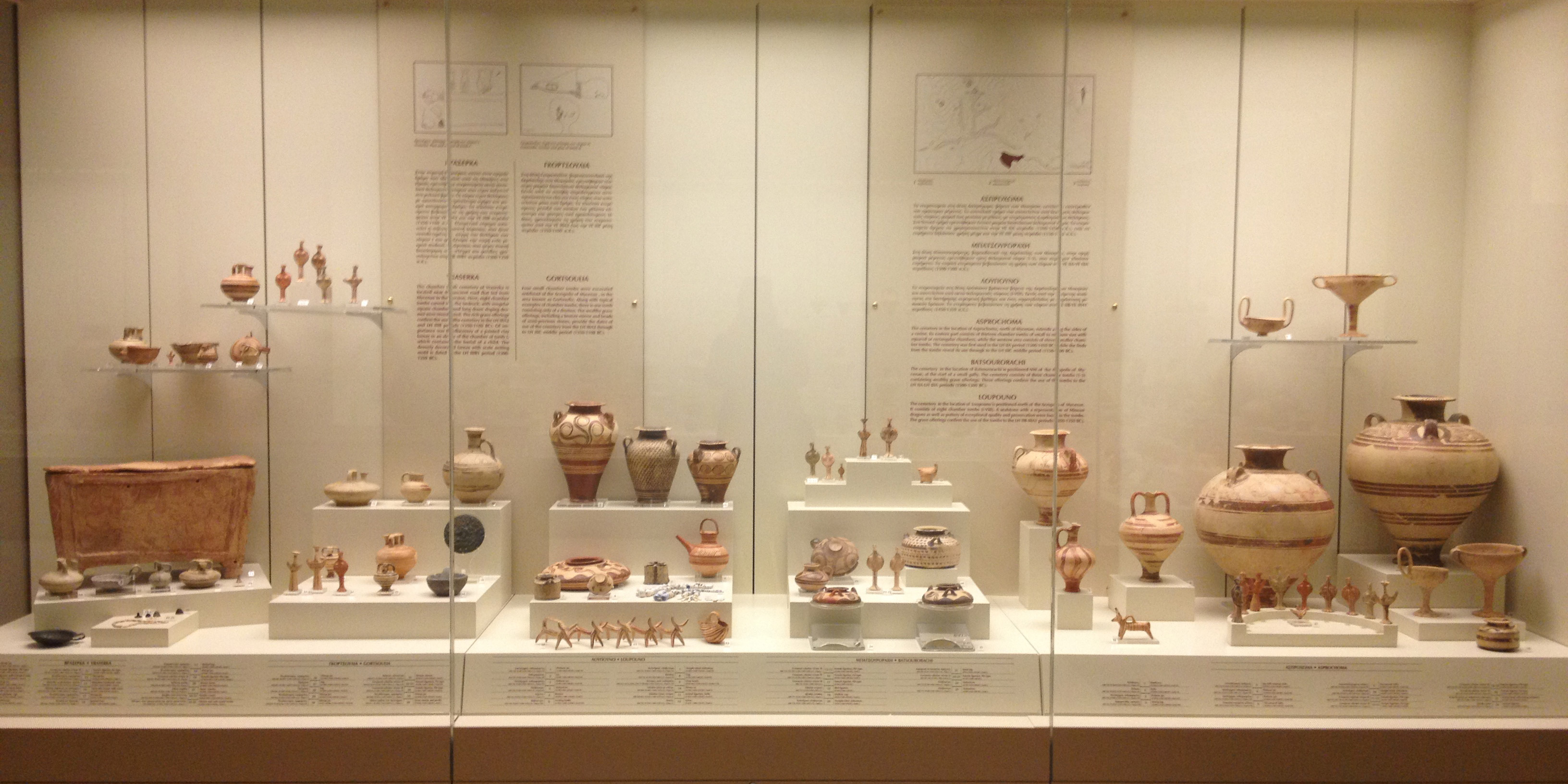 The Archaeological Museum of Mycenae is found at the entrance of the ancient site. The works for its construction began in 1985 and the museum was finally inaugurated in 2003. The building of the museum is modern and covers a total surface of 2,000 sq.m. It is constructed in three levels and includes findings from excavations all over the ancient site of Mycenae. The exhibits come from Mycenae and the wider region and represent time periods from the Copper Period around 3,000 B.C. till the Hellenistic time in the 2nd century B.C. There are about 2,500 exhibits, mostly ceramic vases, jewelry, wall paintings, tools and weapons. The jewelry pieces particularly are very impressive, made of gold and with complicated designs. In one of the rooms you can also see a copy of the Golden Mask of Agamemnon, a grave mask that was found in the Treasury of Atreus. The first room of the Archaeological Museum of Mycenae in Peloponnese is dedicated to the life of the Mycenaeans with ceramic exhibitis from the ancient town. The second room is dedicated to life after death and includes exhibits from graves, such as offerings to the dead. The third room is dedicated to the Mycenaen civilization in the concepts of religion, science, art, administration and trade. 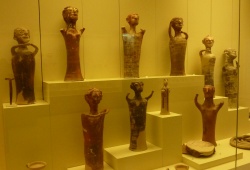 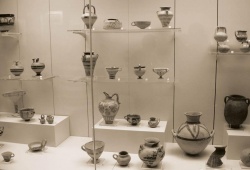 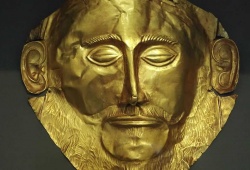