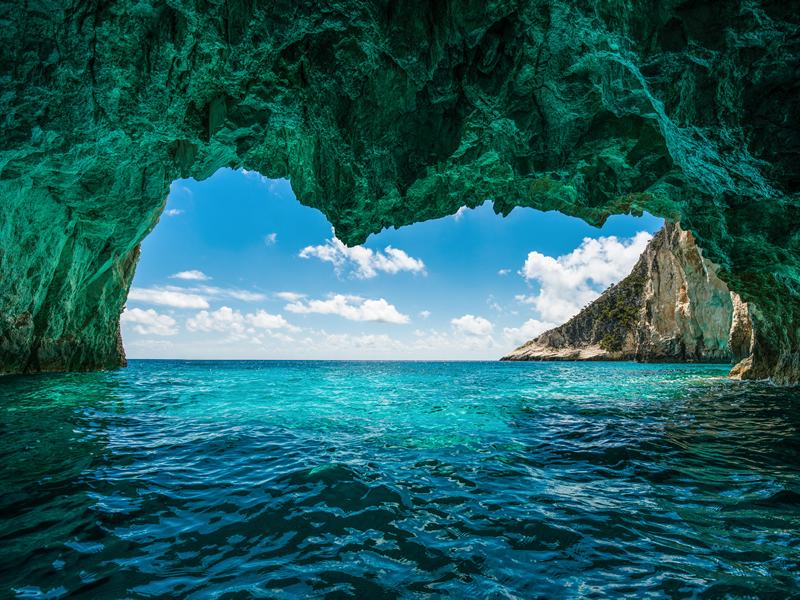 Grotto Keri (Keri Caves) are often also called Marathia Grottos, because they are located on the southern and south-western part of the Keri peninsula near the village of Marathia. Caves are inaccessible from the seashore and are closed in the cliffs, which can be accessed from the sea. Excursions to the caves are organized mainly from towns located in the southern part of Zakynthos (Laganas, Agios Sostis, Limni Keriou). Often these trips include:  Turtle Spotting, sunbathing on the island Marathonissi, Keri caves tour - includes a stop near one of them, pulling the ladder directly from the ship and jumping into the water. Because of the water is so pure it is also very deep. 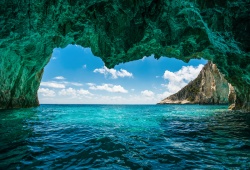 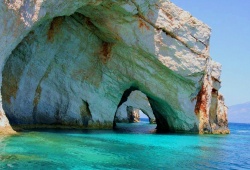 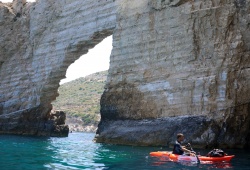