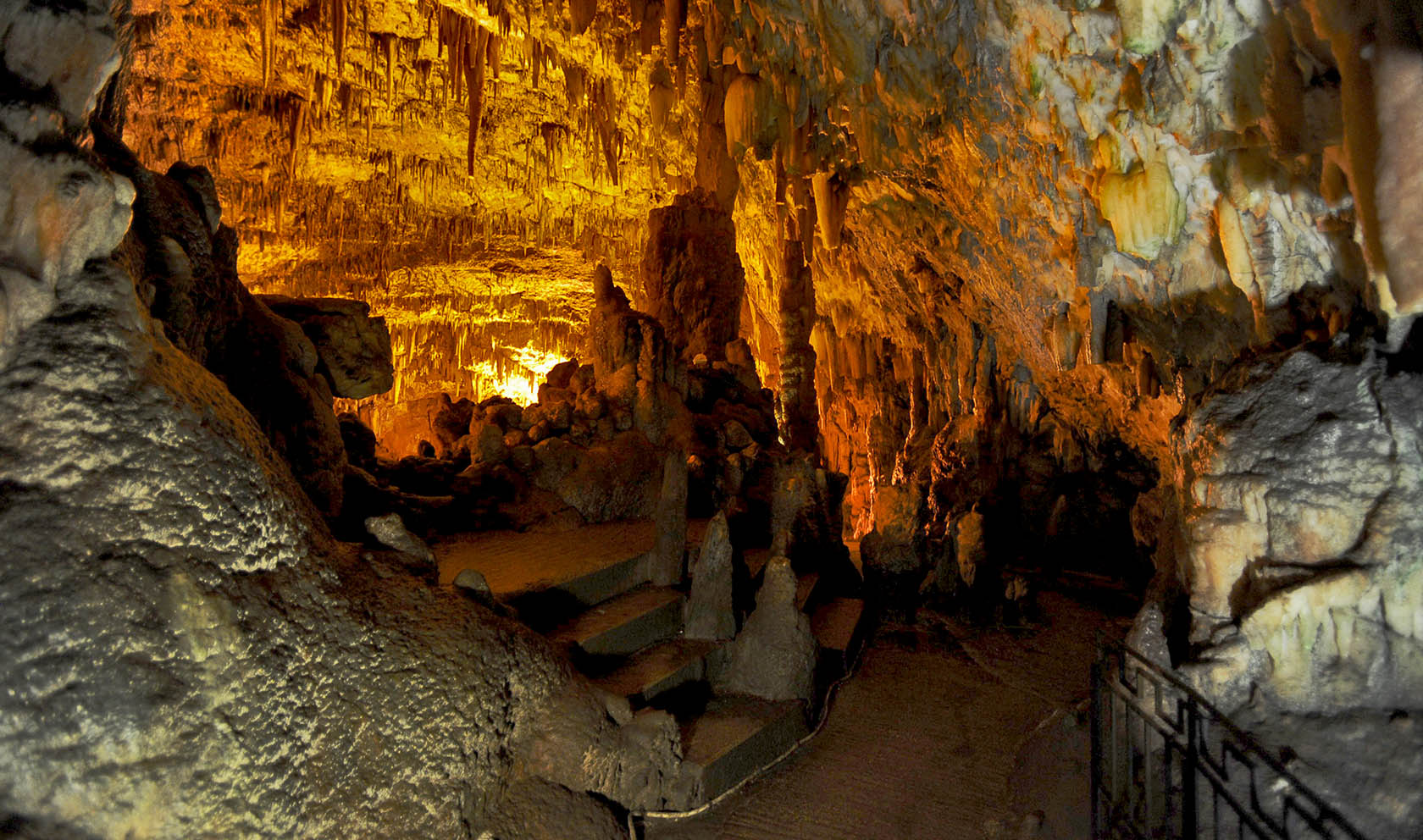 This cave was discovered nearly 300 years ago, when a part fell into itself because of the powerful earthquake and thus created the current entrance. The Cave of Drogarati is located 3km from Sami in Kefalonia at an altitude of 120 meters. The depth reaches 95m and the temperature is 18°C (64.4°F). It is considered one of the best caves in Greece and it is the only one with such a large room and most suitable for cave therapy.
The Cave of Drogarati is alive since its creation is continuing since water drops are falling everywhere from the stalagmites. Don't disturb those drops from falling, since this has a major impact on the creation of the cave, which dates back over 100 million years.
To visit and explore this cave, you will have to climb specially designed steps, which, because of increased humidity are extremely dangerous and therefore requires great care. 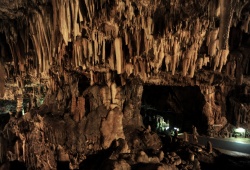 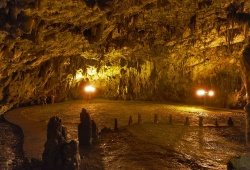 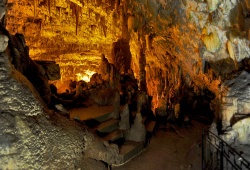