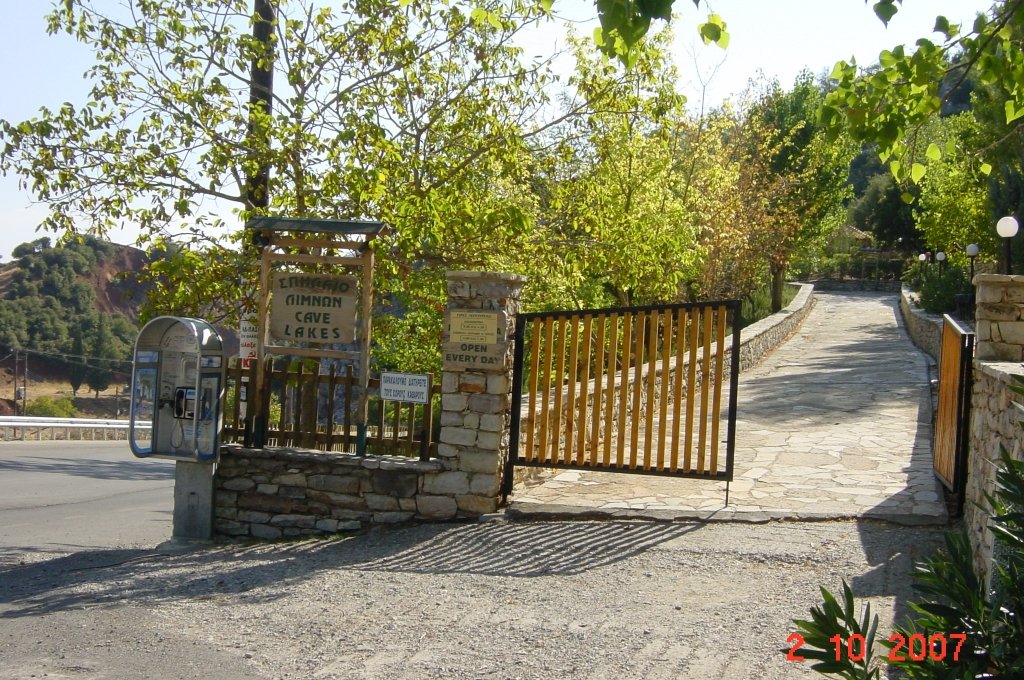 Cave of Lakes in Kalavryta, Peloponnese

Divided into three caves, which are connected to each other with lots of corridors surrounded by strange stalactite formations, the Cave of Lakes is actually a long, subterranean river which forms a lot of small lakes, The cave is about 2,000m long but you can walk only the 500m. You cross narrow corridors and artificial bridges that pass over the lakes and you see amazing stalactites and stalagmites formations. In winter, when the snow melts, natural waterfalls are formed. In summer, part of the cave dries and reveals new stalagmites formations. The natural entrance is right on the road, while there is another man-made entry a few meters away.
The cave was developed in 1967 by some local shepherds and its development started in 1981. Today it belongs to the municipality of Lefkasio. It is situated 20 km from Kalavryta and 9 km from Klitoria village. The cave of the lakes is an amazing natural creation of Peloponnese. 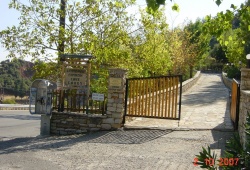 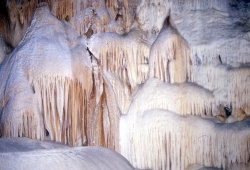 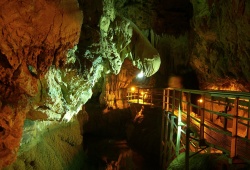 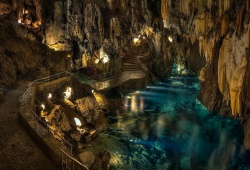