Cave of the Bear 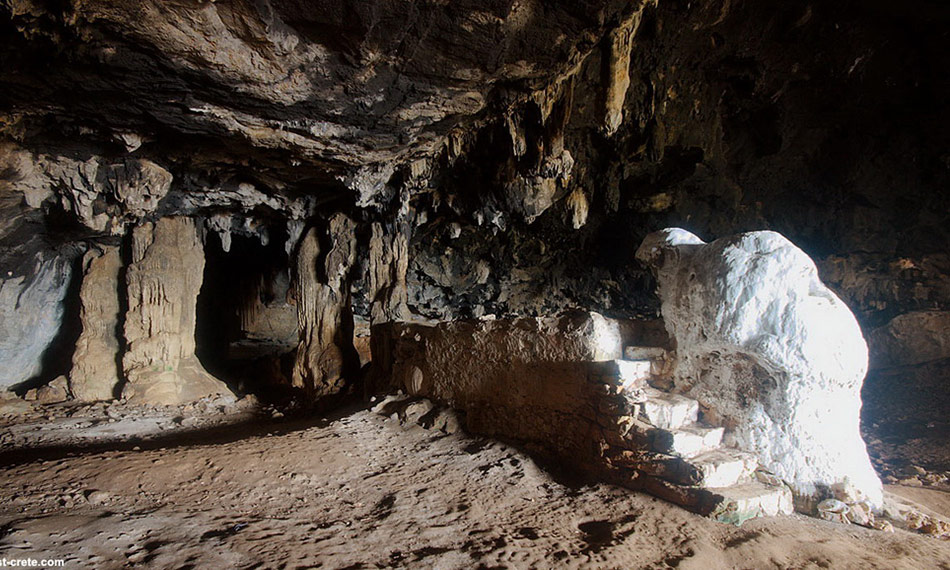 Cave of the Bear in Chania, Crete

The cave of the bear or the Virgin Mary Arkoudiotissa lies on the path from Gouverneto to Gatholiko in Chania. There is a chapel inside the cave dedicated to the Virgin Mary. Near the entrance of the cave are a gray stalagmite in the form of a bear and a small pond in front of it. Explore the secrets of this cave as archaeologists claim that in antiquity the cave was a sanctuary dedicated to the goddess Artemis, which was transformed into a bear. The cave was sacred since ancient times. Inside relief inscriptions were found with Apollo and Artemis. This famous cave in Crete is an old riverbed now, and consists of a large hall with sufficient but afflicted adornment and blackened by the fires. There is a smaller second Chamber from where someone penetrates through a very narrow passage. After the Chamber that there is another small cave but it is too small in width and not able to go through. 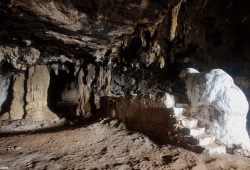 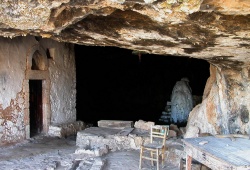 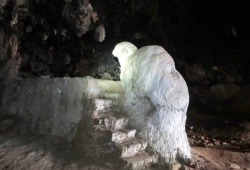 Rate Cave of the Bear