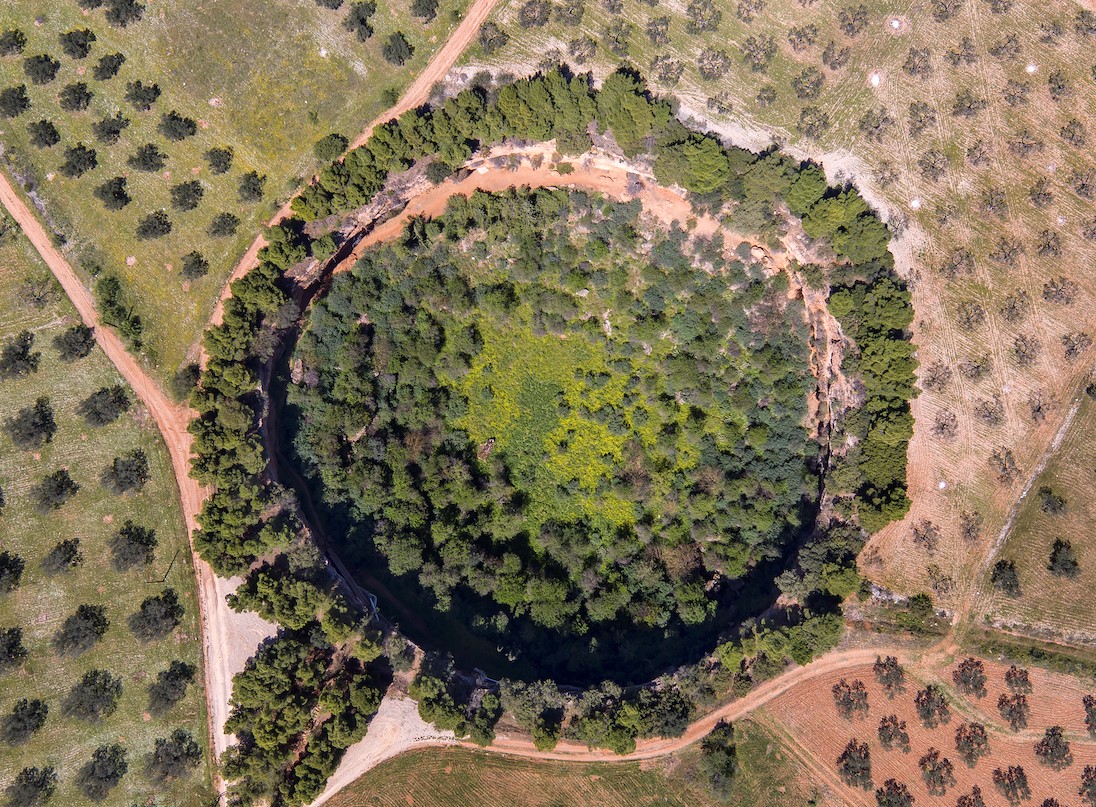 Didima, meaning twins, is a small village south of Epidavros, known solely for its two huge caves. Well, they are called caves, but we really talk of huge craters, the largest having a diameter of 150 and a depth of 80 meters.
But it’s the smallest crater that’s most interesting, with its two tiny churches of Byzantine origin, built into the red crater wall, Agios Georgios from the 1200s and the slightly newer Metamorphosis.
You enter the crater through a narrow, whitewashed tunnel, through a hole in the ground, with stairs leading to the crater's interior. The churches are called "Cave Churches of Didima," perhaps it is therefore also the craters often are called caves. Agios Giorgos, the upper church, has fine frescos from the 15th century, the other, Metamorfosis, consists basically of a single wall constructed in front of a sort of cave in the crater. This crater is a very special place to visit, you feel somehow that you are in a different, strange world, so put Didima in your itinerary if it’s possible.
You can park your car next to the smallest crater, which is 80 meters in diameter and 30 meters deep, but you need to walk a few hundred meters to the big one. Perhaps it’s not worth the effort, you can’t see much more than a huge hole in the ground.
It is uncertain how the craters were formed. A likely explanation is that this was once actual caves, hollowed out by water, but then the caves’ roof became so thin that it cracked and fell into the bottom of the caves. 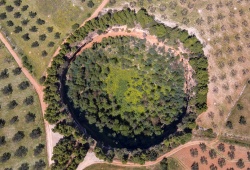 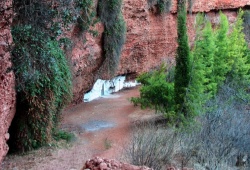