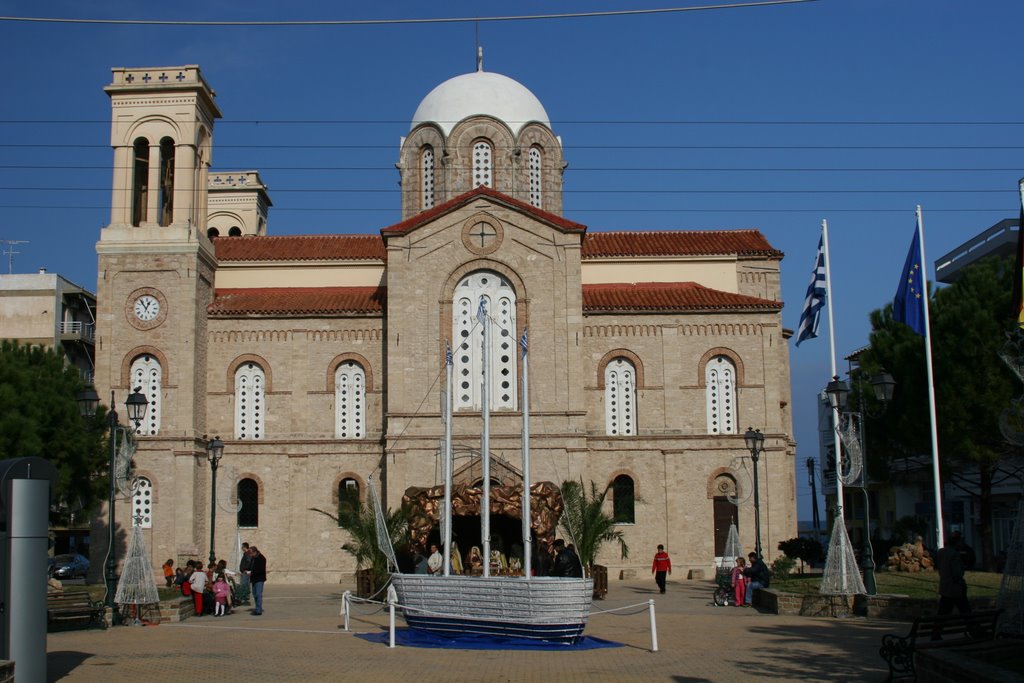 This church dominates the central square of Xylokastro of the Peloponnese. It was built on the ruins of an old church with the same name by late 19th century, following the pattern of the Metropolitan Church of Athens. It has an eight-sided dome, cylindrical roofs, imposing columns that support beautiful arches, it is symmetrically proportioned, all of which gives an impression of magnificence to this temple. The church of Agios Vlasios was inaugurated in 1908 by the Metropolitan Bishop of Corinth, Vartholomaios Gheorghiadis. The designs for the floor, the iconostasis and the ambon belong to archeologists / architects Anastassios Orlandos and Efstathios Stikas. The icon paintings of the church were created by Spyros Vassileiou and Aginoras Asteriadis. The town's patron saint is celebrated on February 11th. 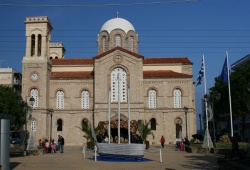 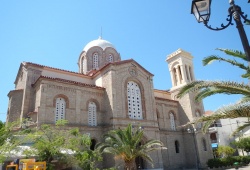