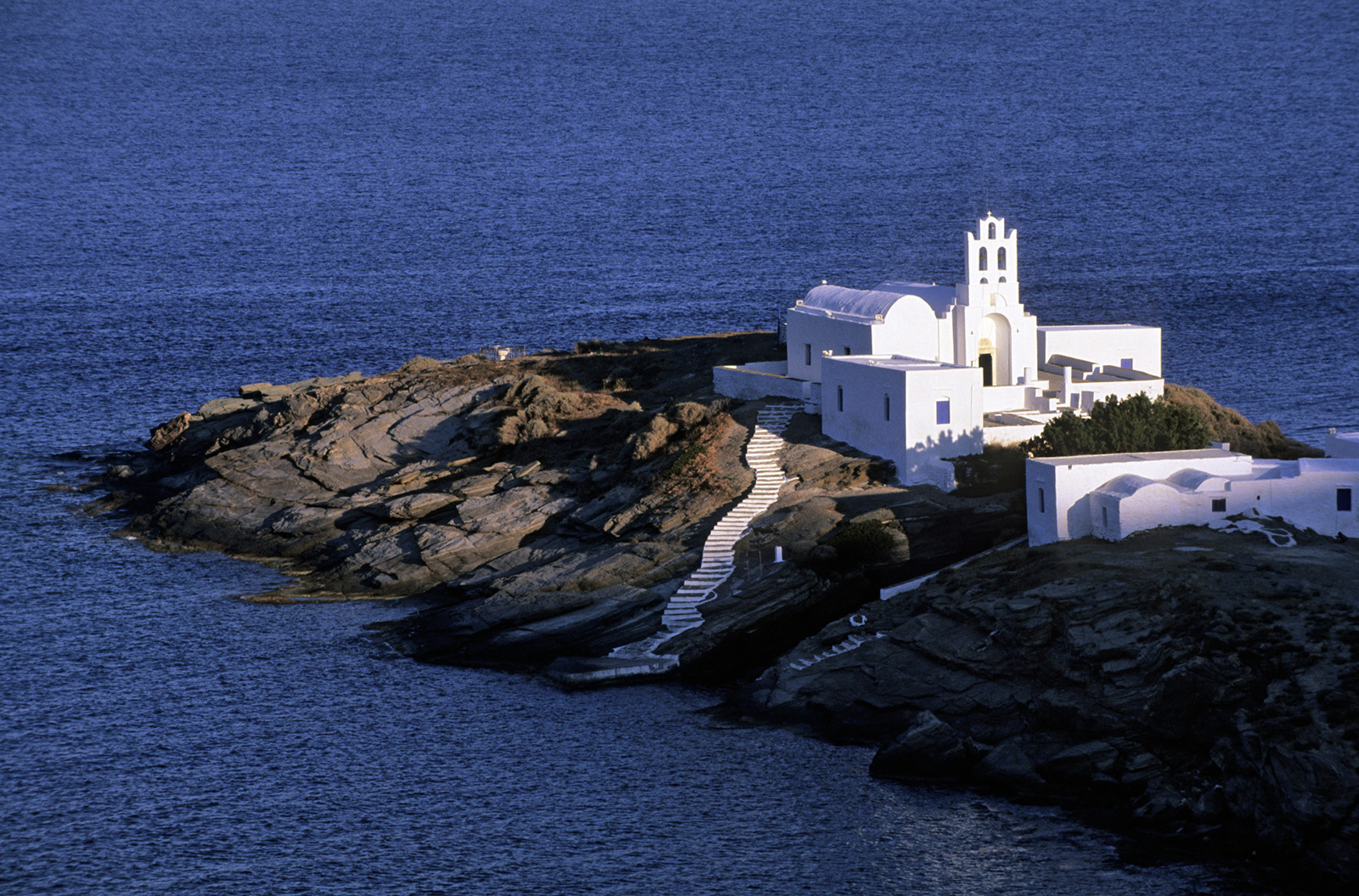 The most popular monastery and the patron saint of the island of Sifnos is Chrissopigi. The monastery was believed built in the 16th century on top of an older church. According to tradition, nuns used to live in this monastery during the medieval times. When pirates tried to invade, the nuns ran to hide but one nun was not able to be saved. She prayed to Virgin Mary to save her, and this was the time when the rock split into two parts and the pirates fell into sea. The name Chrissopigi was given from a Cretan monk who named it after the monastery of Chrissopigi in Chania, Crete. 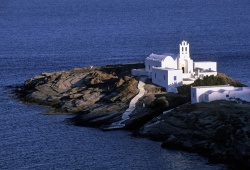 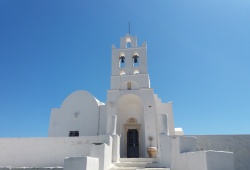