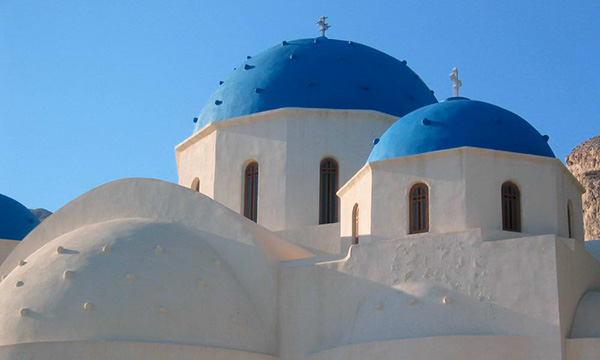 Located in the central square of Perissa, just above the beach, the church of Holy Cross is among the largest churches in Santorini. It was originally constructed in 1835-1840, but after the severe earthquake of 1956, the church was reconstructed. This reconstruction revealed the foundations of two three-aisled basilicas, which shows that the original church was constructed on top of them. Unfortunately these two basilicas had been totally ruined. Today the church of Holy Cross distinguishes due to its large bell tower, the blue dome and the impressive size. It celebrates on September 14th with a large local panigiri (feast). 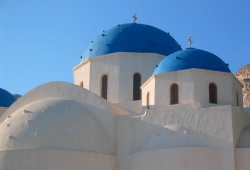 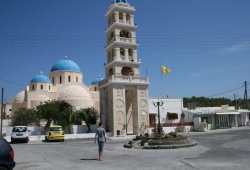 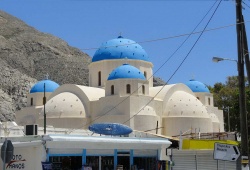