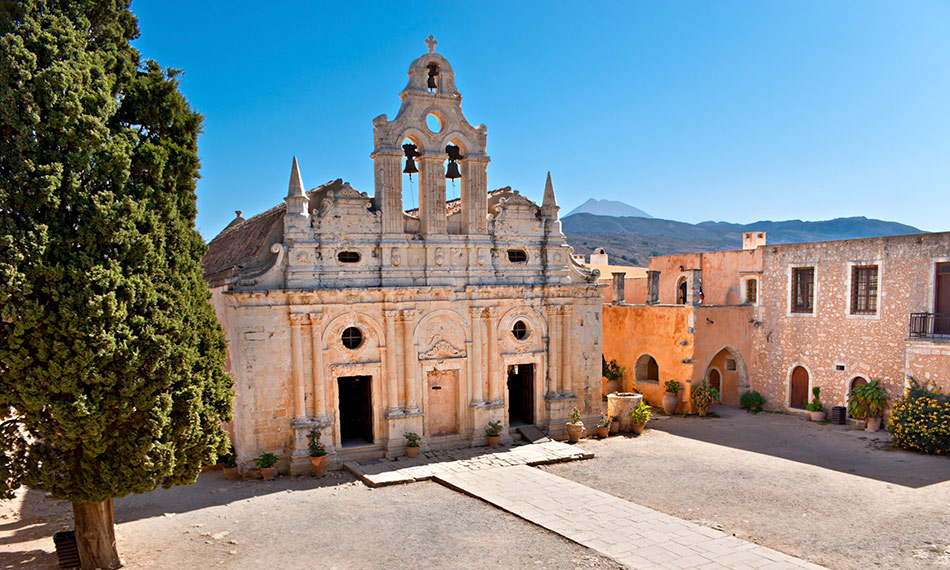 Arkadi Monastery is one of the most revered shrines. It’s name forever entered the history of the Greek struggle for national independence from the Turkish invasion. It is believed that the first monastery appeared here in the 9th century, but the earliest Arkadi is dated to the 14th century. The monastery is located 23 kilometers south-west of Rethymno and stands at around 500 meters above sea level. The monastery is quite large and its high walls relate to a fortress. This holy place has been well-known from the events of November, 1866, when Crete had rebelled against the Turks, dominating the island for the past 200 years. When the Turkish soldiers violated the monastery after many hours of siege, the besiegers with a monk as leader put on fire a room filled with gunpowder. The explosion, which killed all the people inside the monastery and most of the Turkish soldiers, was a desperate act of the besiegers to remain free and not fall in the hands of their enemies. This act symbolizes the Cretan liberation and makes the Monastery of Arkadi one of the most famous monasteries in Crete.

Explore the best places of Rethymno!
Book your Tour in Rethymno or get there with your own car rental. 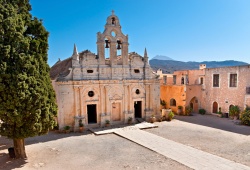 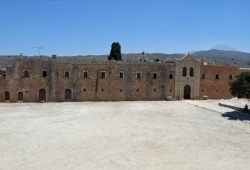 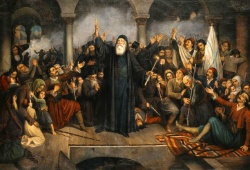