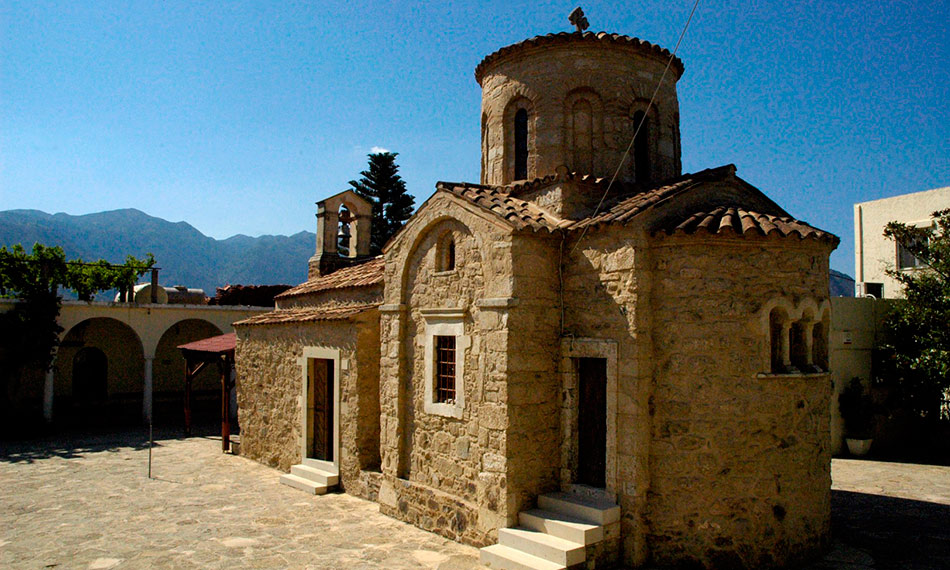 Located in Miriokefala, a small mountainous village 29 km south west of Rethymnon Town, in the borders between the prefectures of Rethymnon and Chania. is the Antifonitria Monastery situated. It is believed that this monastery was founded in the 11th century by Saint John Xenos, who has also founded many other monasteries around Crete. According to tradition, the monastery was established after Saint John heard a voice coming from a bush in that spot going Here I am! Here I am!. Under that bush, he found an icon of Virgin Mary, which was said to be miraculous. From this incident, the monastery was named Antifonitria, meaning she who shouts. 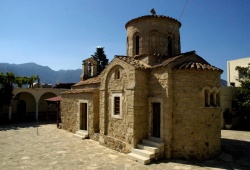 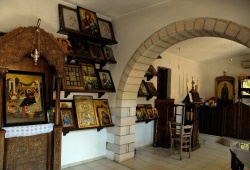