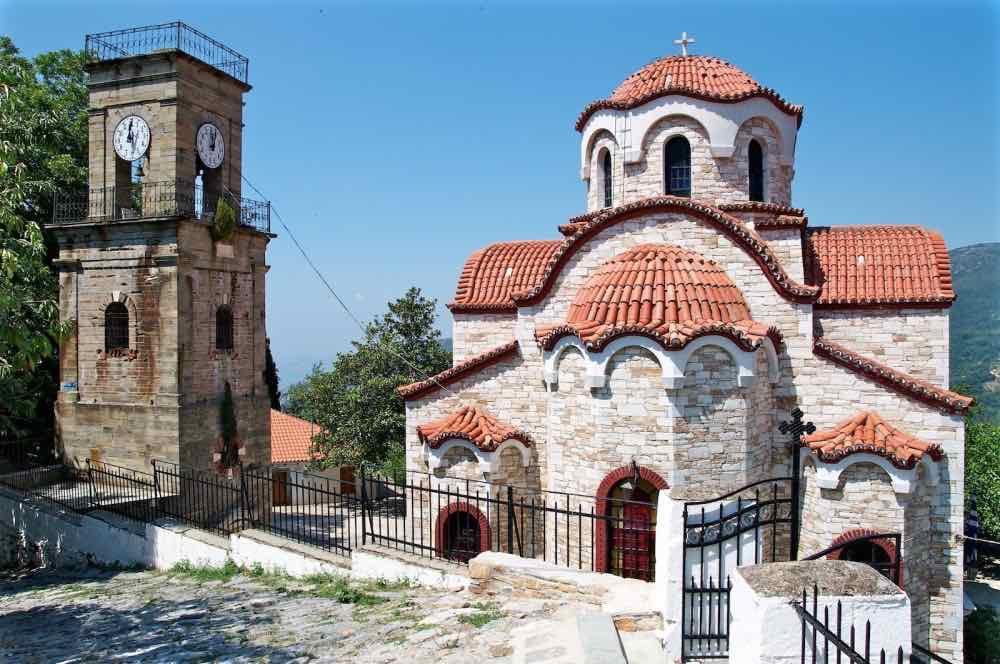 The church was built by the Benedictine monks in the 12th century. This is testified by a latin inscription on the church. Some fragments of it are evident on the west and north sides of the body of the church. Agios Lavrentios church in Pelion was abandoned by the monks but was reconstructed later in the 14th century. It was than that was dedicated to commemorate the archdeacon Lavrentios, who became a martyr in Rome in 258 AD as he did not want to denounce his Christian faith. For this reason the Catholic Church declared him a Saint. In 1819 Dositheos the 2nd, called Philosopher, became the abbot of the monastery and set up a School of Philosophy in the monastery.
This village of Pelion with its church in particular is also a reference centre for the whole area of Pelion as it served as a place of resistance to the Turks. The body of the church became a Secret School to give instruction to people and the hope of liberation. The monastery was seriously damaged by the Turks in 1823 when both that and the village were looted. In the end, in January 1878 they form the revolutionary government was set up there by Leonidas Voulgaris, Zisimo Basdeki and Konstantine Garefi. The village became the centre of revolution for Pelion and 2000 armed Greeks gather to fight. Unfortunately the Turks attack them and the revolutionary movement collapses on March 1878. 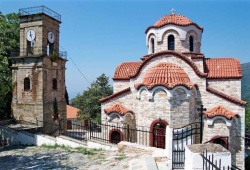