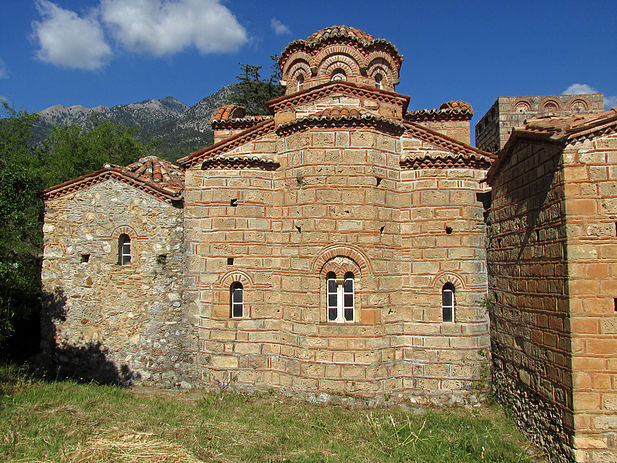 The Byzantine church of Agia Sofia dates from the mid-14th century. It has nice wall paintings and it is made of stone. Iy is a two-column cross-in-square domed church, was directly related to the palace. Initially the katholikon of a monastery, identified as the Monastery of Zoodotes Christos founded by the despot Manuel Kantakouzenos around the middle of the fourteenth century, the church was used as a palace chapel. Its sculptures, reused to a great extent, have been dated to the end of the twelfth or beginning of the thirteenth century, and have parallels in the templon of the church of Samarina in Messenia. 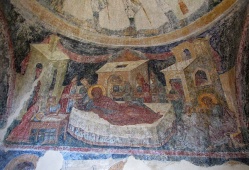 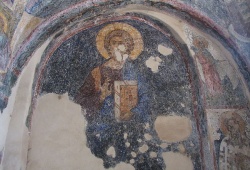 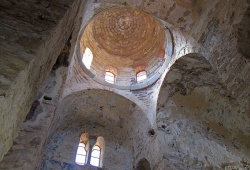