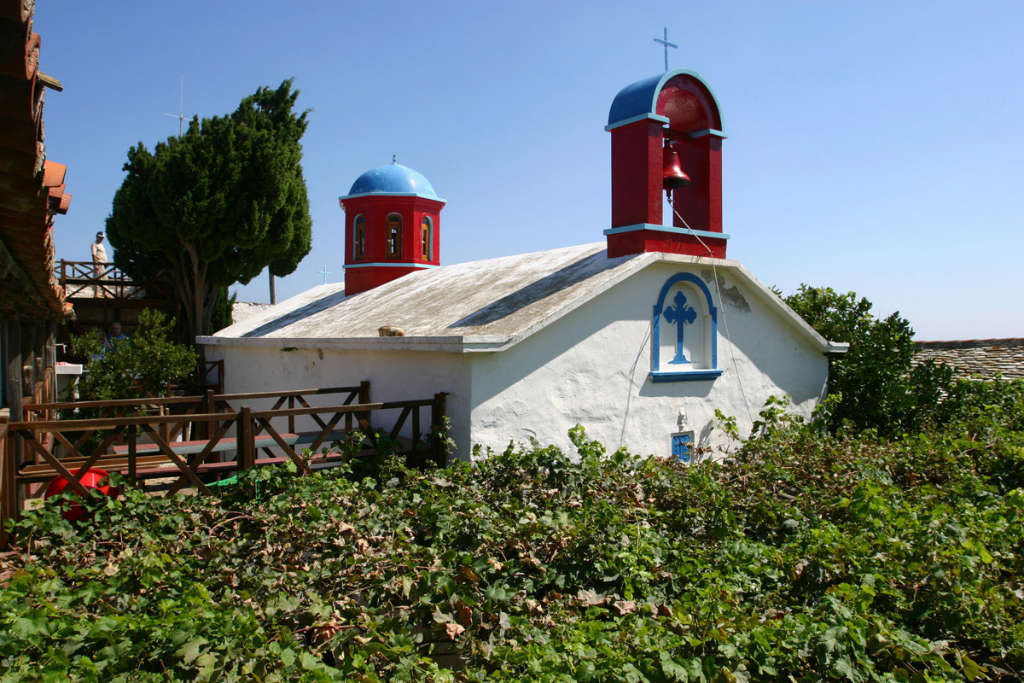 The island of Kyra Panagia is sometimes also called Pelagos or Pelagonisos. It is the name of the largest deserted island north of Alonissos. It is 25 km2 in size and its highest point is 299 meters. The island is mostly covered in low shrubs and vegetation, but there are also some olive trees. In ancient times the island was known as Ephthyros and as Polyaigos. Administratively Kyra Panagia is part of the municipality of Alonnisos, but the island belongs to the Megisti Lavra Monastery on Mount Athos, since it was given to them by the Byzantine emperor in 963. Nowadays there are people that rent the land from the monastery to graze their goats. Because there are many springs on the island it is a good place to keep animals. There is a monastery on the east side of Kyra Panagia which is currently (2011) under restoration. It is inhabited by a single monk. 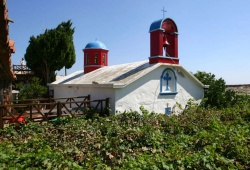 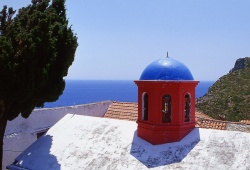 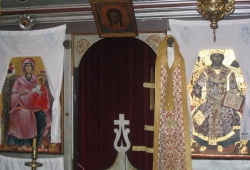