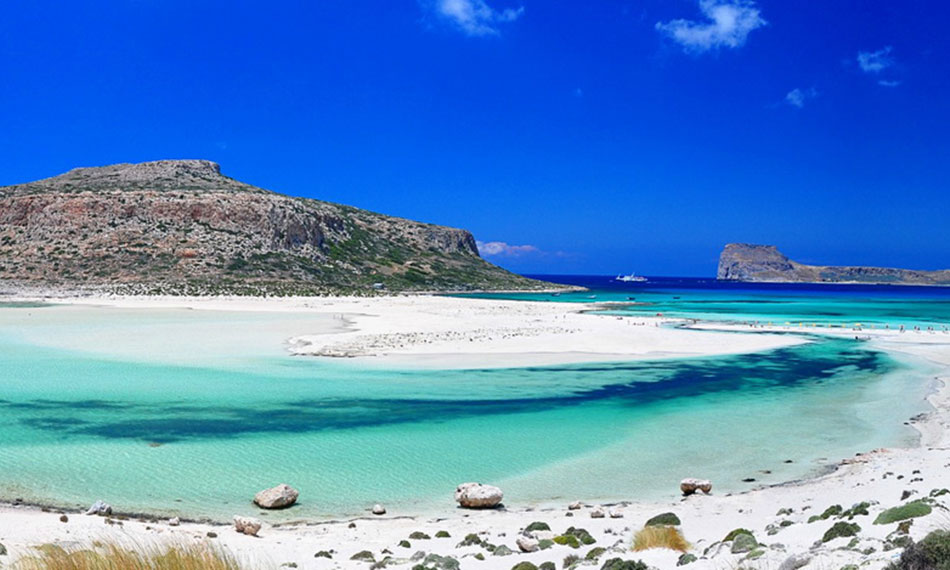 It is probably the most beautiful place in Crete. Two small islands to the north-west of Chania to explore: Agria Gramvousa and Imeri Gramvousa. Agria Gramvousa completely uninhabited, can be dangerous because of bare gentle slopes. The second island Imeri Gramvousa, is quite famous for the ancient fortress and military action, which once held. The islands are located on Cape Korikos, which can be reached from the beach of Balos. A few hundred meters from the end of the Cape road ends, so you will have to walk further more. Basically these islands go sightseeing boat tours. Imeri Gramvousa acquired opening the first port on the island. Since here it has approached many ships of the Adriatic. Venetians decided to build a fortress in 1584, it had become the guarantor of safety through of the area. To win the grand fortress was only the Turkish invaders, which is why the island has received the second name among the Cretans - "Pirate Island". Near its coast lies a large waterlogged ship.

Explore the best places of Chania!
Book a Tour to Gramvousa or start your journey to discover with your own car rental. 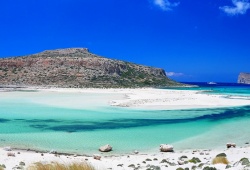 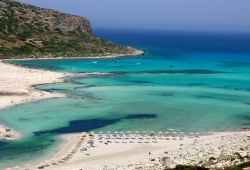 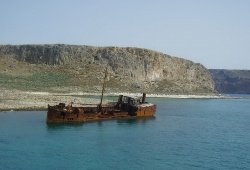