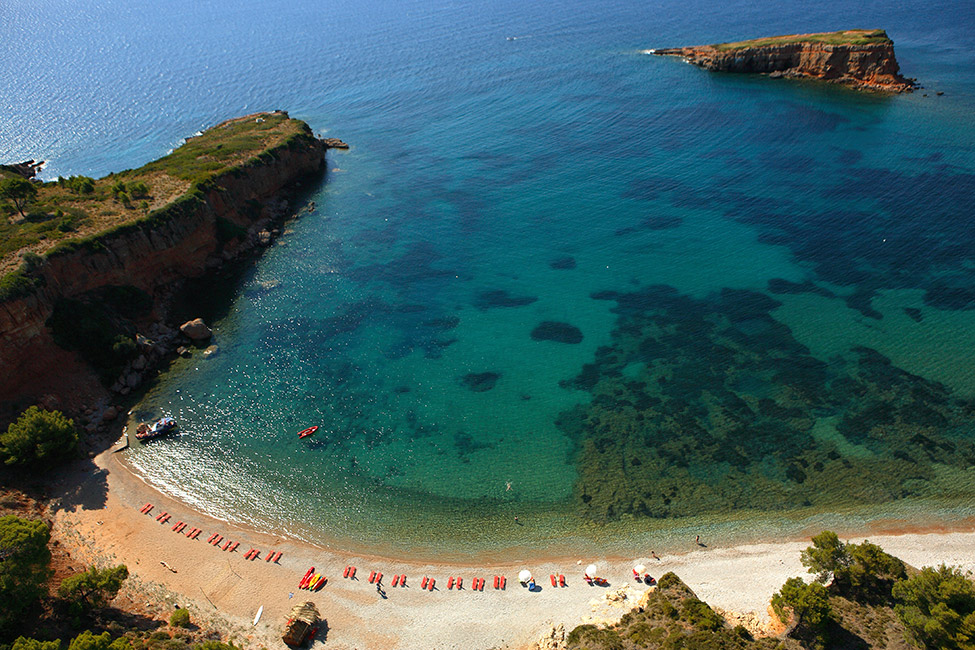 Just 7 km northeast of Patitiri lies the sandy beach of Kokkinokastro (red castle), situated beneath an abrupt red cliff. Kokkinokastro in Alonissos is a white stone and pebbled beach with clear deep blue waters. Nearby, you will see some wall remains of the ancient city, the celebrated Ikos. Opposite the beach, on the islet called Kokkinonisi (Red Island) or Vrahos (rock) tools from the Palaeolithic area were also found. They are the earliest evidence of human life in the Aegean. The picturesque crick of Tzortzi Yialos can be found just after Kokkinokastro. It is believed that the port of ancient Ikos was situated here. The little narrow beach in Tzortzi Yialos is full of shingles and pine trees. The limpid and blue green waters are a real delight. The whole place is incredibly calm and peaceful. A little tavern is opened near the beach during summer. 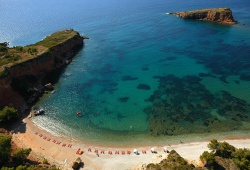 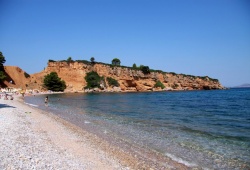 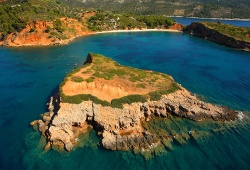