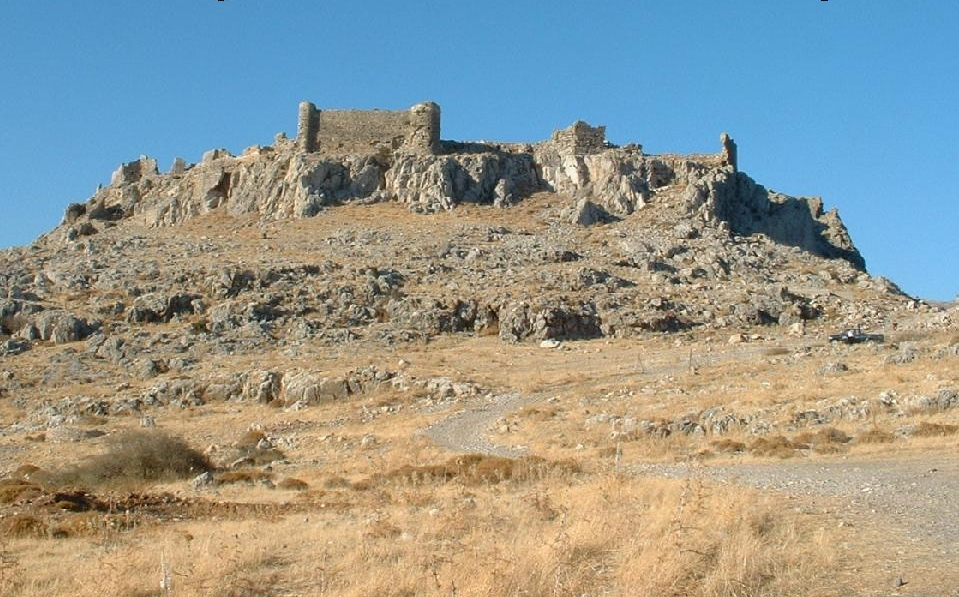 The monument is located on the place once stood an ancient Acropolis. The Feraklos Castle was used by pirates before the Knights of St. John ousted them, reinforced the castle than used it as a prison. Reached from the track by a footpath leading to steps It is a good climb and fairly rough underfoot it is located at about 300m above the sea level. From here you can enjoy an amazing view of the Agathi Bay and the small village of Haraki.
Make a mental note of the entry point into the castle since this is much less obvious on the return. Like many of these smaller fortifications on the island, the walls are the only significant remains. This one is no exception and the inside is overgrown with shrubs and other vegetation. Narrow footpaths lead around the enclosure and there are excellent views from the walls down to Agathi beach and to Haraki in the other direction. Feraklos castle was the last stronghold in Rhodes to succumb to the Ottoman Empire. 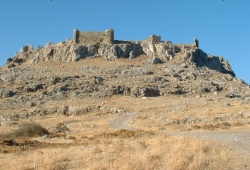 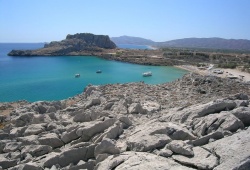 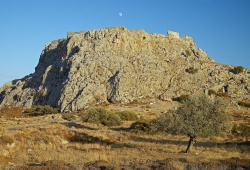