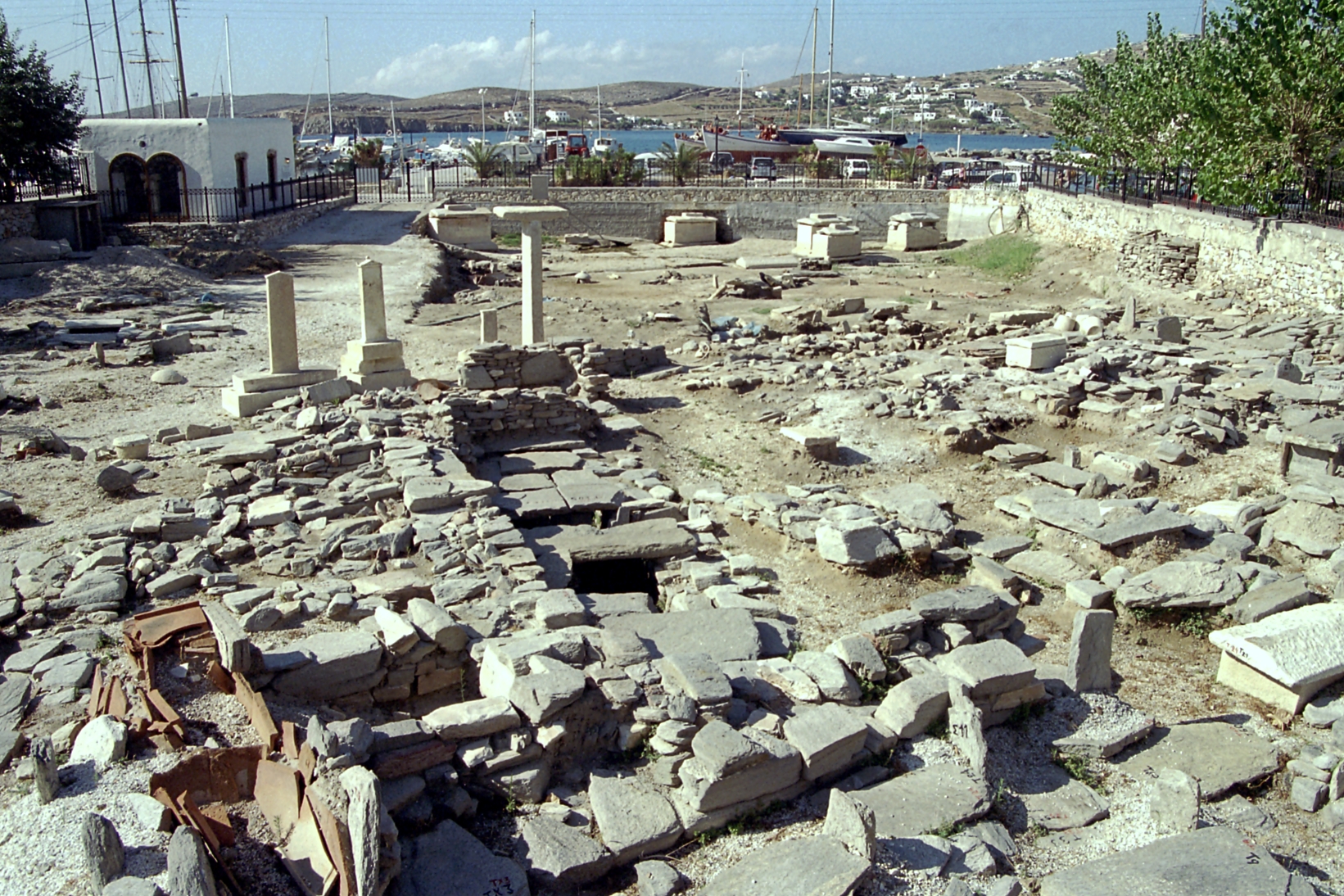 Located close to the modern port of Parikia, the Ancient Cemetary is one of the most important ancient cemeteries not only in Paros but of all the Cyclades Islands and Greece. Archaeological evidence show that it was in use from the 8th century BC till the 3rd century AD, which is a very long period actually. There are walls dividing the cemetery and the ancient town. Back in antiquity, the mortality rate of children was high and most of the burials were made in huge marble vases or in stone structures in some cases. The largest number of graves belongs to the second half of the 7th century B.C. Excavations revealed many amphorae and a 3m high mass grave with a headstone from the archaic times, which probably marked an important an important military event. At the western part of the cemetery, several marble sarcophagi were discovered dating from the post-Roman period and placed over some marble abutments. These sarcophagi were considered characteristic of Paros Island, while similar were also found in Thassos, which was actually a colony of Paros. These sarcophagi are today displayed in the Archaeological Museum of Paros. This ancient cemetery was greatly extended and reached the present Church of Panagia Ekatontapyliani. Excavation works were very difficult for the archaeologists who had to encounter a marshy area with deep rooted plants. They actually had to drain out the water by using high velocity water-pumps. Excavations on this site started in 1983, when the municipality of Paros ordered to start works for the construction. 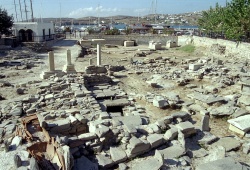 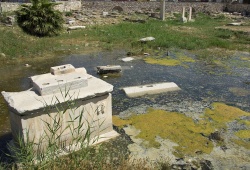 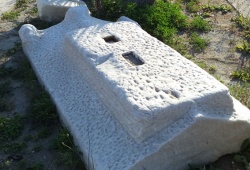