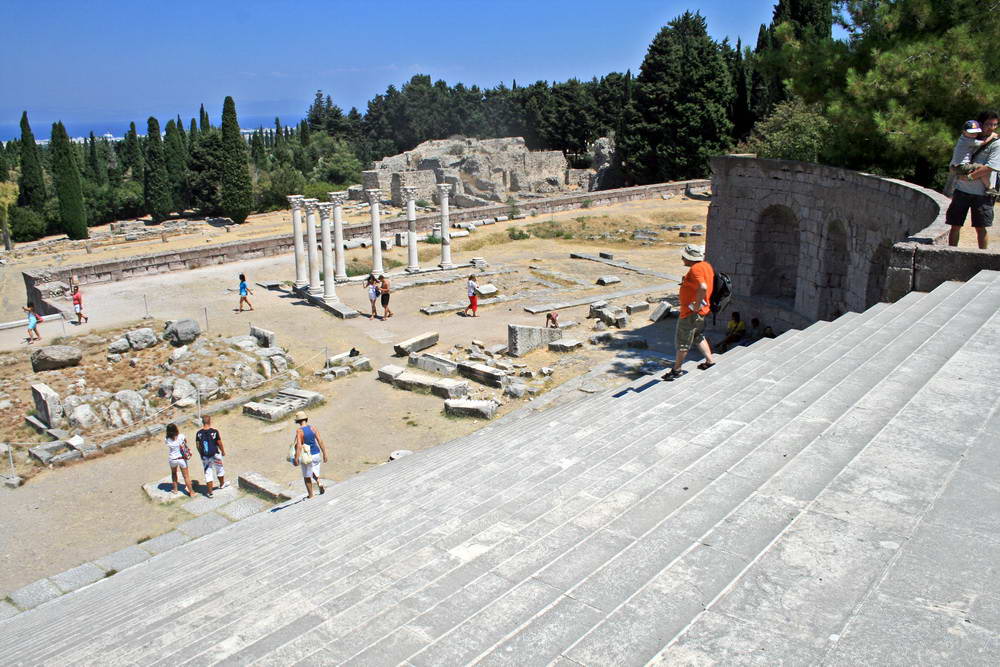 The common name for the ancient Greek temple is dedicated to the god Asclepius of medicine and healer. At the same time, this structure was not only religious, but also a medical appointment. It is located on the island of Kos, four kilometers from the city. Previously, it was a temple of Apollo, dating from the fifth century BC. Asklepion was erected two centuries later, in 357 BC, after the death of Hippocrates. On three sides of the temple there were porches: and their remains are located on the lower terrace with supporting high terrace thick wall. On the middle terrace you can see the altar, as well as a number of other temples dedicated to Apollo. At the top is the temple of Asclepius, and it leads to a majestic staircase. At the time of the temple Asklepion combined functions, clinics, schools, and doctors where they practiced the therapies of Hippocrates, and patients came from all edges. Interestingly, the snake, until now is considered a symbol of medicine, was a symbol of the cult of Asclepius. The fact that it is sometimes snakes attracted to search for certain types of medicinal plants. Asklepion is surrounded by picturesque cypress grove, and to this day it is in Asklepion annually sounds Hippocratic Oath - the great oath of physicians around the world. Pronounces the solemn words, of course, in ancient Greek. 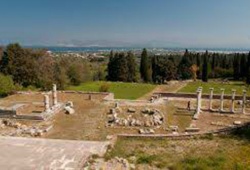 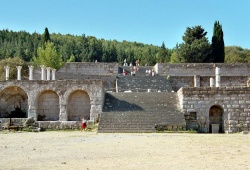 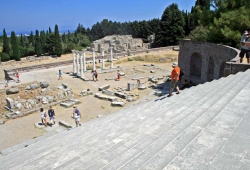