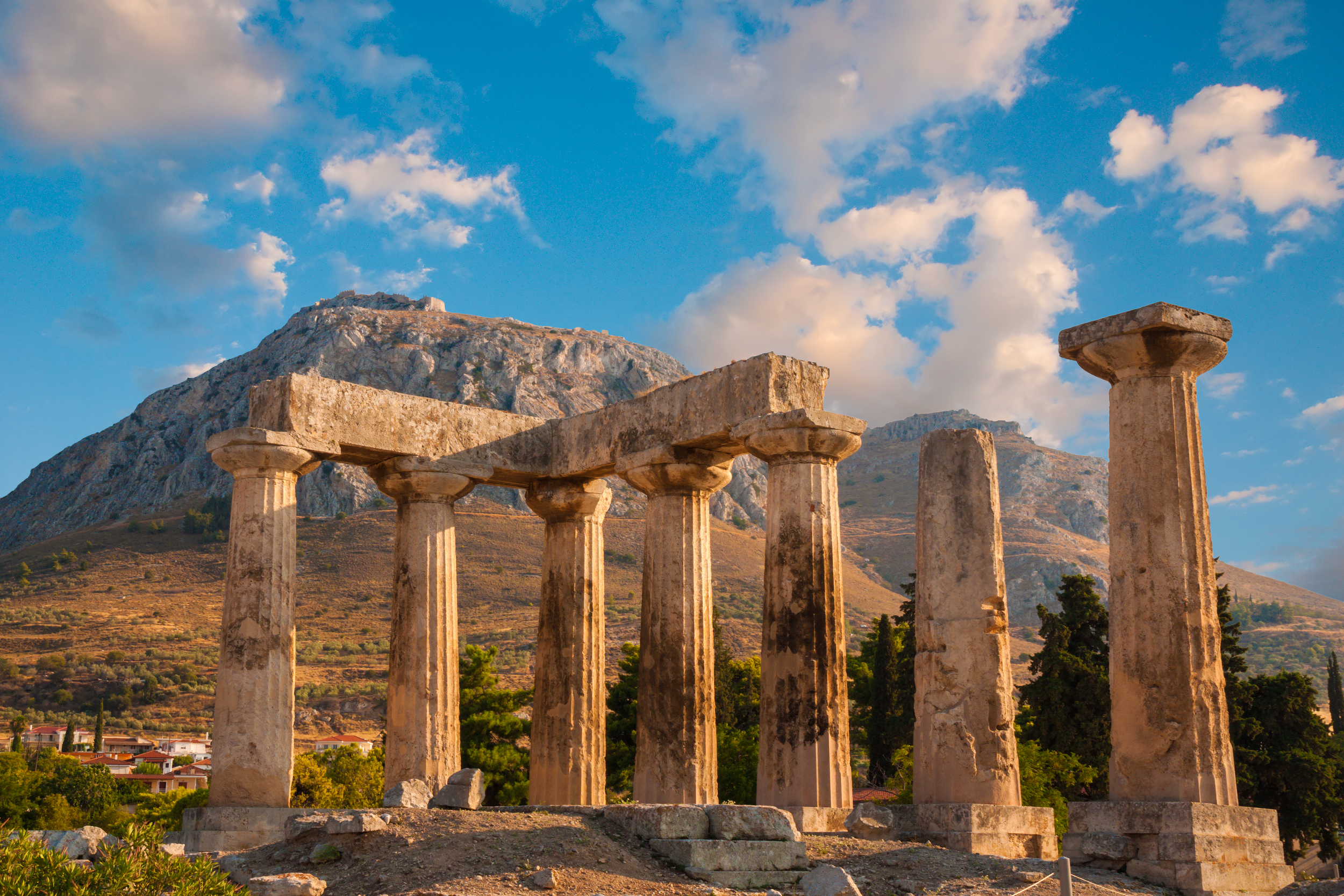 Ancient Korinthos was one of the most important city-states of ancient Greece. Today in the archaeological site of Korinthos in Peloponnese, one can visit the Temple of Apollo; its seven remaining Doric columns stand in a prominent position overlooking the ancient Agora. The temple was built in 530 BC, consisting of 2 rooms, and originally had 15 Doric-order columns along its length and 6 along its width. The city market had a rectangular shape, housing a number of similarly laid-out stores, each divided into 2 rooms. Its front was consisted by a double row of columns, the outer Doric and inner Ionic. In the ancient Agora, one can also visit the shops where the Apostle Paul once stood, along with the ancient Council. Descending the steps of the ‘propylaia’ (front gates) will lead you to Lecheou street where you will encounter the Pirene Fountain, with its six cavelike chambers, and the Glauki fountain standing carved in the rock. In the archaeological site you will also have the chance to visit the Odeon, built in the 1st century AD; and the 18,000-seat theater built in the fifth century BC, and later converted by the Romans into an arena for animal fights. Finally, you can walk through the remnants of the gymnasium and Temple of Asclepius near the Lerna fountain. Above Ancient Korinthos lies the Castle of Akrocorinthos, the Acropolis of the ancient city, which is itself worth a visit. The Archaeological Museum of Ancient Korinthos in Peloponnese hosts findings of the area in its collections. 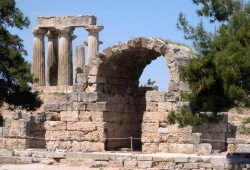 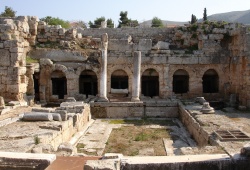 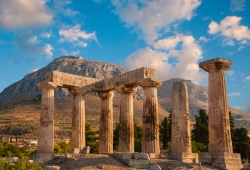