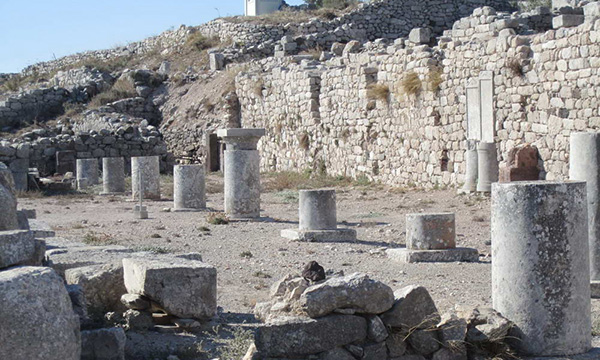 It attracts thousands of tourists from around the world who arrive to Greece to visit Ancient Thera, one of the main attractions of Santorini. Here are many historical sights concentrated left behind by the archaeological excavations. It is an ancient city on a ridge of the steep, 360m high at Messa Vouno mountain. It was named after the mythical ruler of the island, Theras, and was inhabited from the 9th century BC until 726 AD.
The ancient city consisted of a street almost 800 m long and especially wide for its time extending in a southeastern direction and containing several imposing buildings. A small cul-de-sac branches off at right angles and at its termination, high up on the mountainside, were the headquarters of a garrison stationed in the city. After about 200 meters of street the city expands to cover an area of about 100 x 100 meters on an exposed plateau high above the rocky coast. Residential areas are grouped around an Agora which is across from a theater built into the lower slope. Separated off and facing the sea at the eastern tip of the plateau is a small sacred area with temple grounds and public facilities. All buildings are constructed of the local limestone of the mountain itself. Wood was rare on the island and seldom used for building. 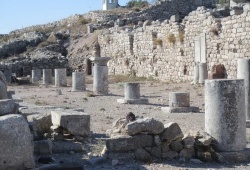 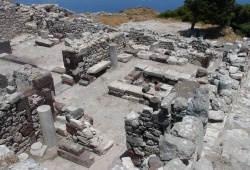 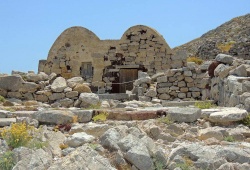