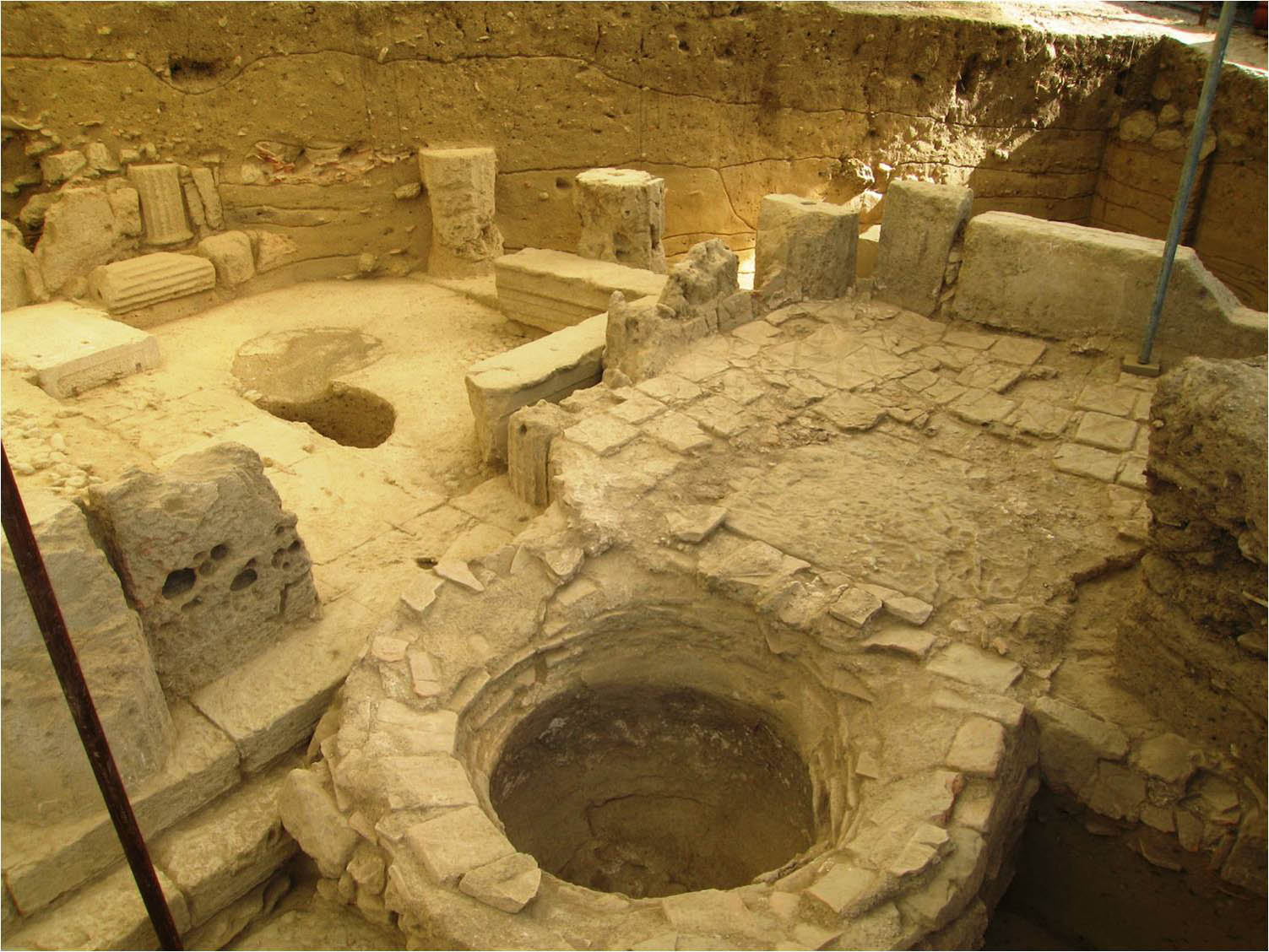 Once was the most important city in western Messinia. The sea from Avia and Fares to the mouth of the river Pamisos was called “Thouriatis bay”. The ruins of ancient Thouria are located on a hillside about 10 km to the northwest of Kalamata in Peloponnese, to the north of the present town of Thouria. At the northern end where the citadel of ancient Thouria is placed, there is part of the ancient wall with rectangular towers of 4th century BC and parts of the walls are still on the south side of the slope. On the southern plateau we still see the foundations of a large building, perhaps a temple having a column.
Ancient Thouria probably had a theater and a large rectangular water on the west side, below the citadel. Many ceramics and stone architectural parts have been found and reveal the size of ancient Thouria.
Since classical times until the Roman era ancient Thouria was once on the side of the Messinians and once on the Spartans. Coins of ancient Thouria however, bear the initials of the Spartans, presenting people from Thouria as Lacedaemons. 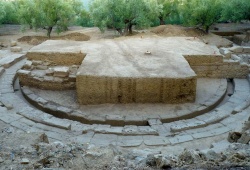 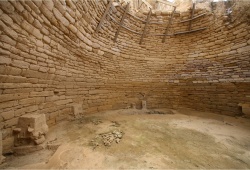 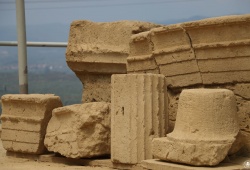