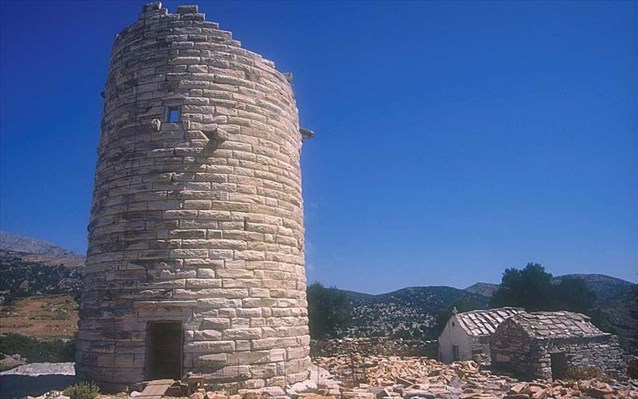 Chimarros Tower at Filoti on Naxos is considered one of the important ancient monuments of the island. Built on a hilltop by the Kalantos road, it is named after two streams (chimarros in Greek) that defined the area’s east and west.
Researchers believe the tower dates back to the late 4th century BC and view it as a fine example of Hellenistic-era defense-related architecture.
Constructed with huge marble boulders, it was circular and its original height measured  approximately 20m with a 9.2m diameter at its base. It consisted of four levels connected by a marble staircase and was surrounded by a square wall measuring 35m in length at each flank.
Today, the tower’s exterior remains preserved in considerably good condition, standing at a slightly reduced height of approximately 15m. Large sections of its interior have either collapsed or are dilapidated. Parts of the walling at the perimeter still remain, as do remains of constructions that once stood within the property. Some of them were olive mills.
As is also the case with other similar fortified towers in Cyclades and in Greece, the precise purpose and usage of Chimarros Tower on Naxos is not clear.

Explore the best places of Naxos!
Book a Tour and discover the secrets of Naxos Island. 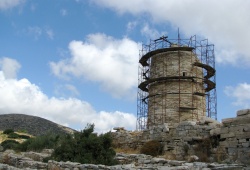 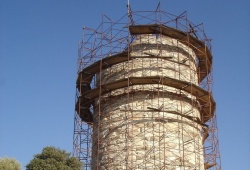