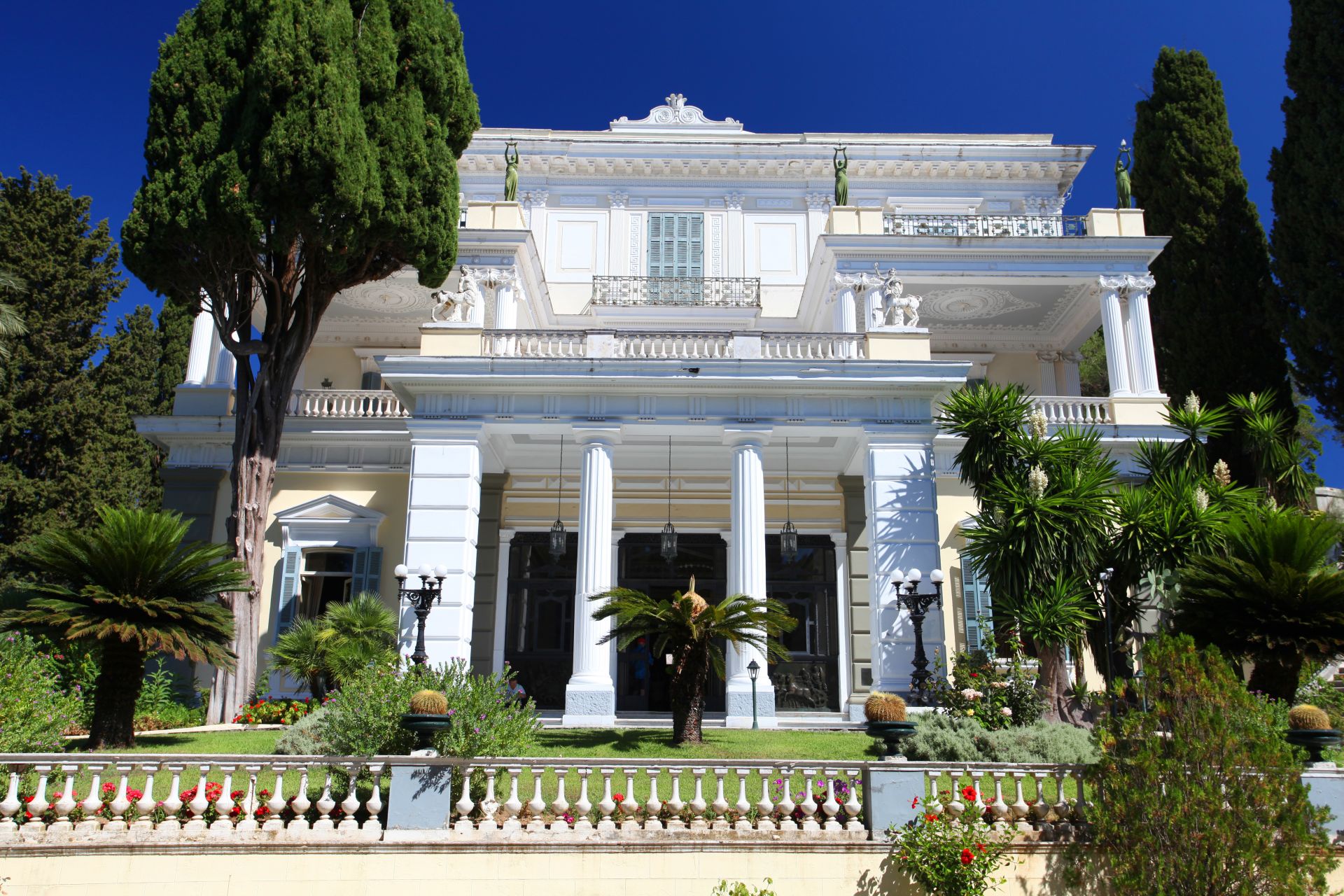 The Achillion Palace was built by Empress of Austria Elisabeth of Bavaria, also known as Sisi. Elisabeth was a woman obsessed with beauty and very interested into the greek culture. In 1890, she built a summer palace in the region of Gastouri, now the municipality of Achillion, about ten kilometres to the south of the city of Corfu. The palace was dedicated to her mythical hero Achilles.
Achillion palace in Corfu was designed by Italian architect Raffaele Caritto. Ernst Herter, a famous German sculptor, who was very much inspired from Greek mythology. It is surrounded with classic Greek statues, with paintings and statues of Achilles, both in the main hall and in the lavish gardens depicting the heroic and tragic scenes of the Trojan war. Elisabeth used to visit the place often until 1898 when she was assassinated in Geneva by Italian anarchist Luigi Lucheni.
After Elisabeth's death, the German Kaiser Wilhelm II purchased Achillion in 1907 from her heirs and used it as a summer residence. During his visits a lot of diplomatic activity used to take place in Achillion having it turned into a hub of European diplomacy.
During World War I, the Achillion was used as a military hospital by French and Serbian troops. After World War I, it became the property of the Greek state.
During World War II, the invaders used the Achillion as military headquarters. After World War II, the Achillion came under the management umbrella of the Hellenic Tourist Organisation (HTO). During 1994 and in 2003 it hosted the meeting of the European ministers for Agriculture. Now it has been used as a museum.

Explore the secrets of Corfu!
Book a Tour and explore many wonderful sights of Corfu Island including the Achillion Palace 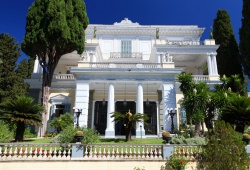 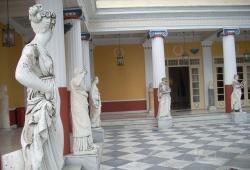 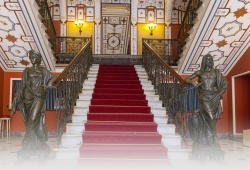