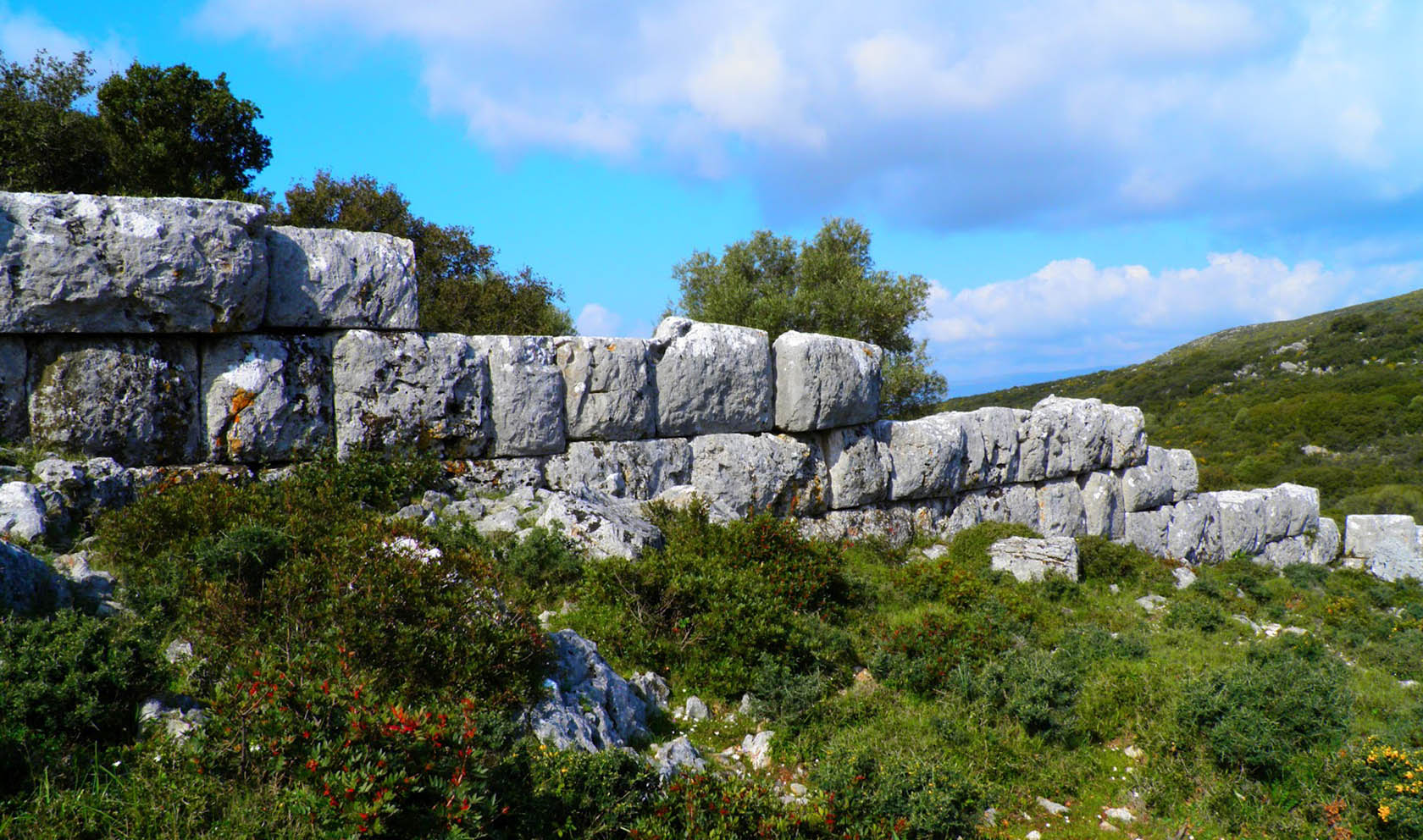 The Cyclopean Walls, outside the village of Razata, are ruins of the walls of the ancient city of Kranis around 6-7th century. They had a length of about 4km (now about 2km).
Krani was one of the cities of Kefalonia that were part of a kingdom called Ancient Sami that dominated Kelafonia for over three thousand years. They walls were named Cyclopean because of their size.  In the region, ruins of various buildings and a Doric temple dedicated to the goddess Dimitra and her daughter Persephone were found. 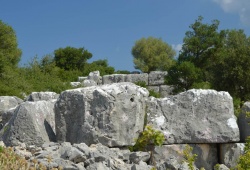 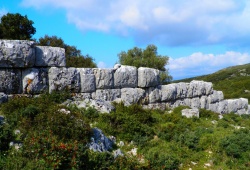 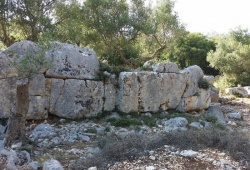