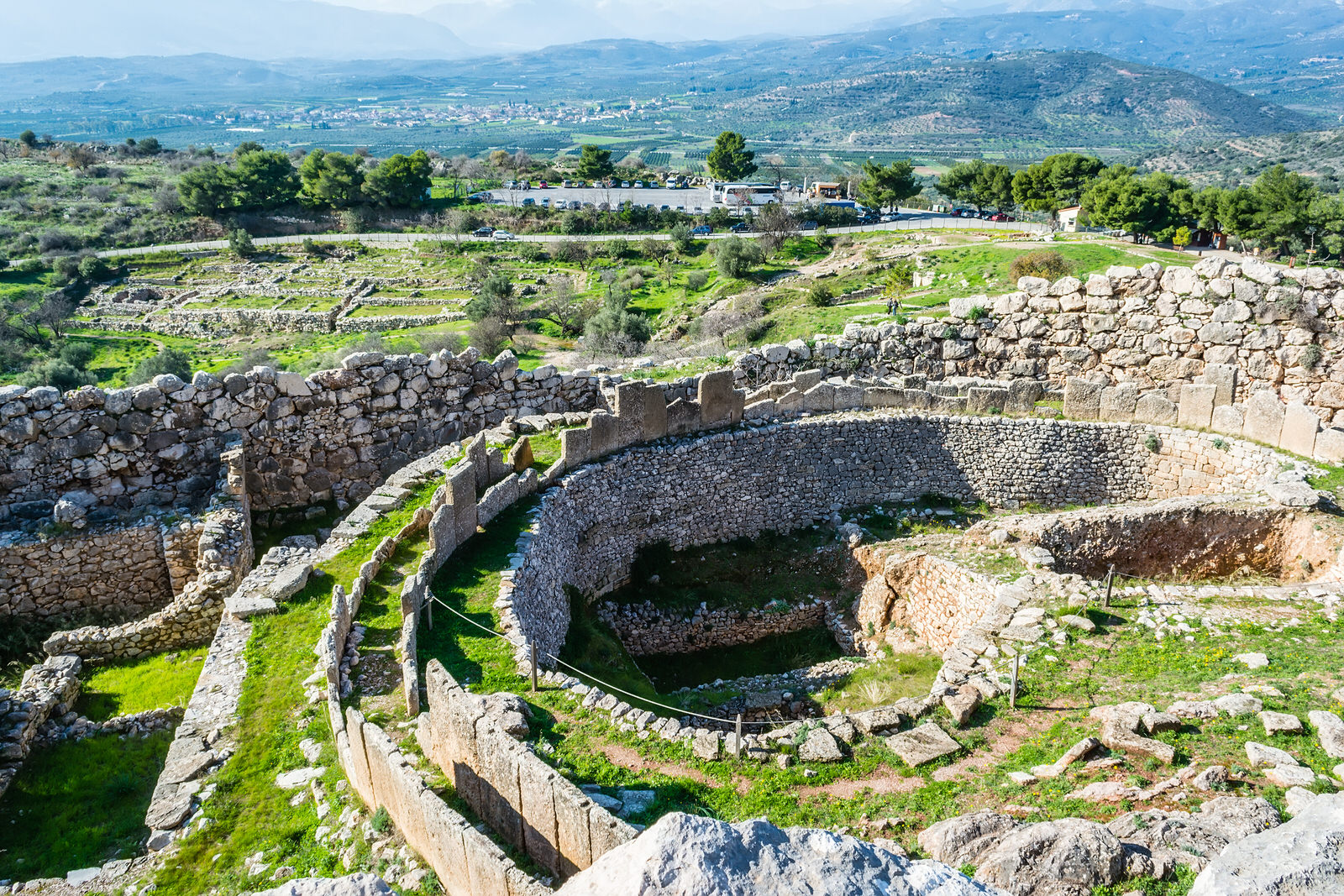 Located in eastern Peloponnese, among the most important places in Greece you will discover the ancient site of Mycenae. In the late Bronze Age it used to be a mighty center of the ancient world and believed that the Mycenaeans were great warriors. The Mycenaean civilization dates from 1,600 BC to 1,100 BC approximately, reaching its peak between 1,400 BC and 1,200 BC. Mycenae in Argolida was constructed on the slopes of a hill overlooking the valley of Argos. It was protected by Cyclopean walls that are actually high walls made of huge stones.. The citadel itself has remains of houses, cisterns, public buildings, store houses and on top of the town is the acropolis, the highest spot where the king would also live. In a walking distance from the citadel is the Treasury of Atreus, the best preserved tomb in Greece. Close to the citadel is also the tomb of Clytemnestra, the legendary wife of Agamemnon. Outside the walls of Mycenae is the tomb of Aegisthus, who organized the assassination of Agamemnon along with his mistress, Clytemnestra.
Explore the secrets of ancient Mycenae as from excavations being made they have found pots, other objects found on the ancient site of Mycenae are ivory carvings, many golden ornaments, bronze weapons, jewelry and house artifacts, such as cups. They are all exhibited in the Mycenaen Museum. 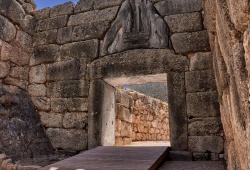 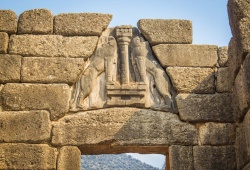 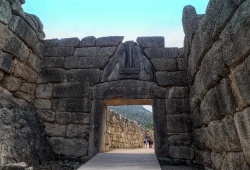