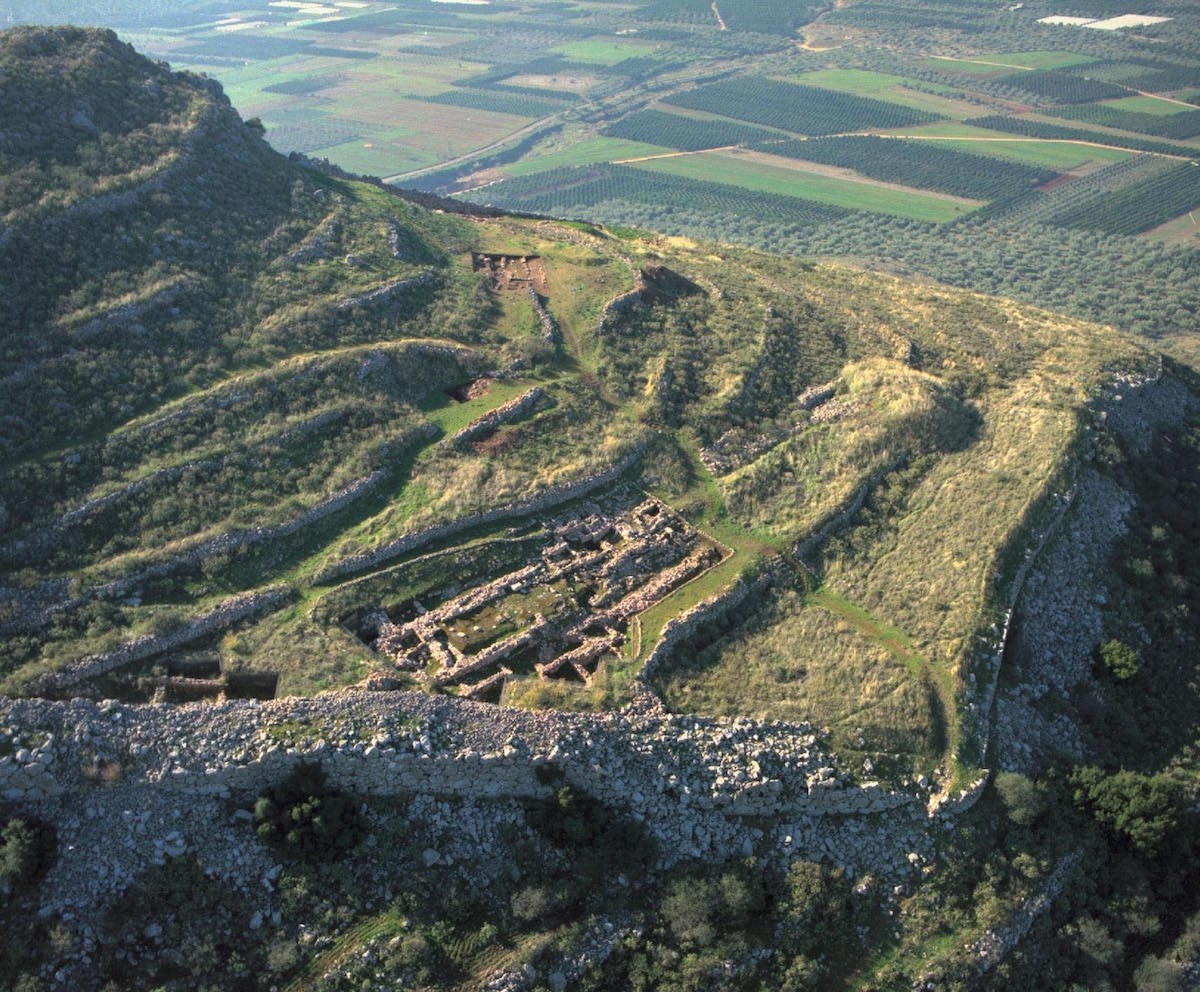 Acropolis of Midea in Argolida, Peloponnese

The acropolis of Midea was, together with Mycenae and Tiryns, one of the three main Mycenaean centres in Argolis or Argolida of Peloponnese. Its importance is demonstrated by its impressive cyclopean defences, its place in mythology, the rich necropolis in neighbouring Dendra and the finds from excavations of the site, which began in 1939 and, after a long break, have been going on systematically for the last twenty years.The hill where the Acropolis of Midea in Argolida was founded dominates the eastern edge of the Argolid Plane and is about half way between Mycenae and Tiryns. At a height of 270m above sea level, it is the highest Mycenaean acropolis. The cyclopean wall is built with large blocks of stone and is 450m long, between 5 and 7m wide, and at certain points it has survived up to 7m in height. The total fortified area, which consists of the upper and lower acropolis, is 1,000m2. Midea Hill was occupied from the Neolithic until the Byzantine period. During the Meso-Helladic and early Mycenaean period (18th-16th century BC), Midea was already a significant settlement, which developed into a large and important Mycenaean centre. 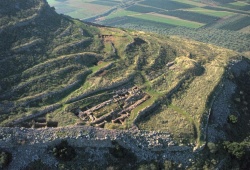 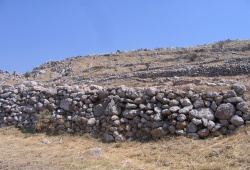 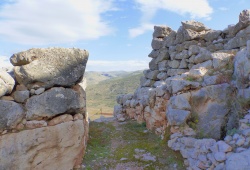 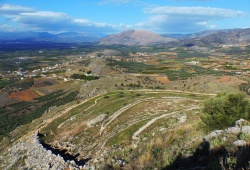