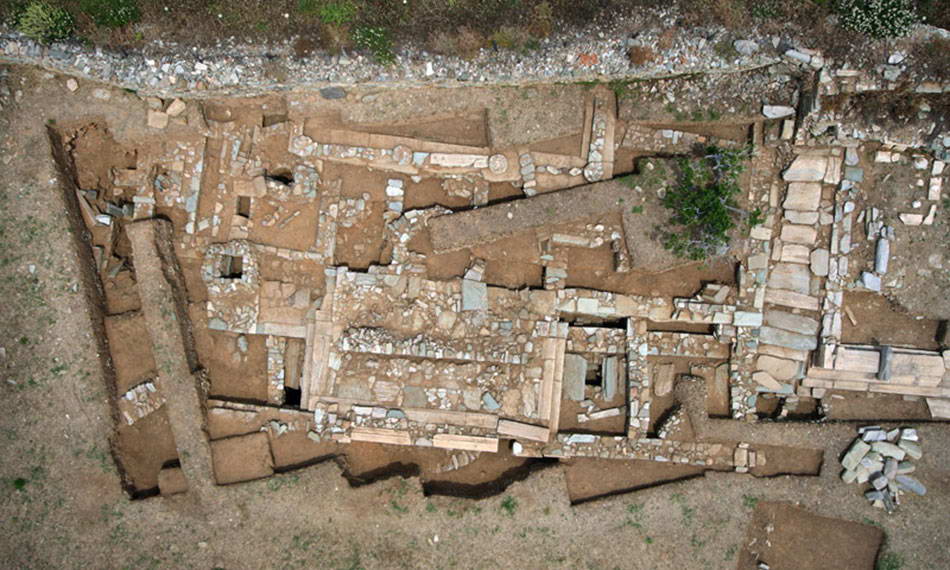 Palaeopolis is the ancient capital of Andros, which flourished from the Classical to the Roman era. Today is a beautiful green village, located on the slopes of Mount Petalo, on which there are probably the only waterfalls of Cyclades. The ancient city was much lower, by the port, whose half sunk pier is seen from the village. Excavations initiated in 1987 and still continue. They discovered three sections of paved roads and two arcades, as well as a Hellenistic period building with monumental propylon and colonnaded courtyard inside. There are also proofs of the existence of post-classical and early Hellenistic phases of this building. The agora seems to have been deserted in the first half of the 7th century. 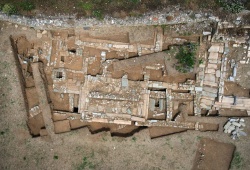 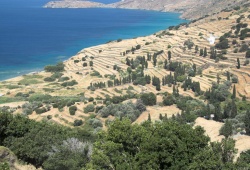 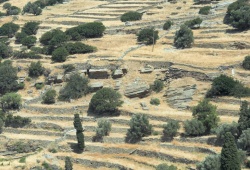 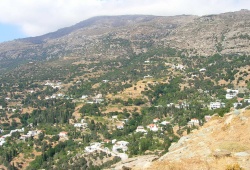